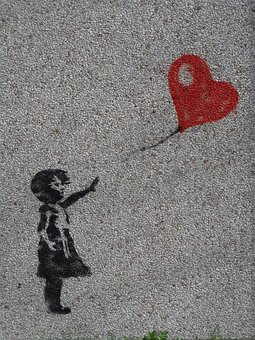 I can’t remember when our last meeting was.  If you don’t know it’s going to be the last time, you don’t take particular note of it, I suppose.

I remember my last meeting with his mother.  It was in the hospice.  That meeting is easy to recall, because we were both all too aware that she’d have moved beyond her body within a few days.  We had a rather surreal conversation about this and that – mostly her plans for the funeral and what she wanted me to do to help care for her little boy.  I kept asking whether she was tired and would prefer me to leave and she kept saying, ‘No.  I don’t want you to go yet.’  But eventually she was tired and she did need to sleep and we hugged and cried a bit and said none of the things people usually say when they are parting: ‘See you soon’, ‘Keep in touch’, ‘Take care of yourself’.  It was an adieu moment, not an au revoir.

When I last saw her son – the little boy who had grown up to be a man and who had become just like one of my own children to me – he DID say, ‘See you soon.’  I distinctly remember that part, although I can’t quite remember where we were.  He was waving me off on a bus or a train or something.  He’d been anxious, awkward, twitchy – more so that I’d seen him before.  He’d kept wheeling around and looking suspiciously about him, as if he expected an assassin to come lurching out of the crowd.  He’d looked awful.  There was an unhealthy pallor to his skin and much of his hair had fallen out in untidy clumps.  Alopecia, he told me.  Stress, the doctor had told him.  It might grow back or it might not.

He didn’t see me soon, nor I him.  The months became years – probably six or seven.  I feel I should be able to remember.  Each time I suggested meeting, there was a flat ‘No.’  If I pestered for a reason, I’d get, ‘Can’t do it’ or ‘Too stressful.’

Last week, I suggested it again.  He’s been coming out, I feel, agonisingly slowly, of the deepest slough of despair, social anxiety and depression.  His texts and emails have been far more chatty and even shown flashes of the old sense of humour.  He accused me of being paranoid about something, adding, ‘And yes, I know that’s rich, coming from me.’

True, he didn’t come anywhere close to saying ‘Yes’, but he was far more concerned that he wouldn’t be able to commit to a meeting until the day itself, and that as we live far apart, I might have a wasted journey to London.

I told him I love London – in small doses – and that I’d enjoy a day trip there in any case.  I told him I’d plan a trip to the British Museum, another old and much-loved friend.  I told him that if he felt able to join me, that would be great, but I’d have a great day in any case.

You don’t get sighs in texts, unless they’re intentionally written in those silly little arrow things (<sighs>) but I could feel his as he replied, ‘That’s up to you but I don’t want to get your hopes up.’

So my coach ticket is booked.  Next Saturday I’ll begin the 3 hour trek to London.  I’ll be caught (as happened so often, when his mental state waxed and waned throughout his teens) somewhere between assuring myself that he’ll be there, in order to manifest the reality, and stoically preparing for a pleasant day wandering through the delights of the museum, just in case.

Whatever happens, though, I’m jubilant.  When I asked how likely he was to be there, he replied, ‘Not very.’  That’s a long way past ‘Not at all’.  There will be other chances, other days.  Just as his mother begged me, all those years ago, I’ve never given up on him, never thrown in the towel, and nor has he.  I’m proud of us both for that.

2 comments on “Not very”