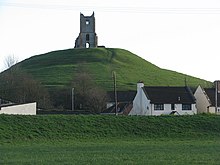 I remember exactly where I was when I first encountered the idea that reality may not be what it seems.  I was sitting on Burrow Mump (a kind of mini version of Glastonbury Tor – thanks Wiki for the photo), staring over the Somerset Levels on a lovely spring morning with a friend.

I can’t remember what I said, but my friend replied that there is no such thing as imaginary – because if you can imagine it, it exists.

I struggled with that.  The rational mind fought against it.  Metaphorically perhaps… when we say things like, “You can do anything if you put your mind to it.”  But literally?

The idea wasn’t going to go away, though.  Once it had been planted there, it kept on returning.  Here’s an extract from one of the articles my friend Will sent me.  Some of you may remember it from The Words of William:

A universe will be created for every possible outcome of an event.  For example, if one was taking a walk and for whatever reason turned left another universe will be automatically  created where the person did not turn left.  There would be universes where one turned right, one stood still, one carried straight on and for every other possibility.

I was kind of happy with that, just as long as all those other universes kept a respectful distance and didn’t interfere with mine.  The thing that bothered me, though, was that if I was the person turning left, who would be the ‘me’ in all those other universes?  Did I have an infinite number of stunt doubles, ready to leap into action each time I made a choice; each time I imagined anything?  It all felt very unwieldy, to say the least.  And how me-like were these other versions of myself?  Were they as real and valid as I felt myself to be, or rather shadowy and wraith-like?  Part of me wanted them not to be too real.  I felt vaguely disturbed by them. 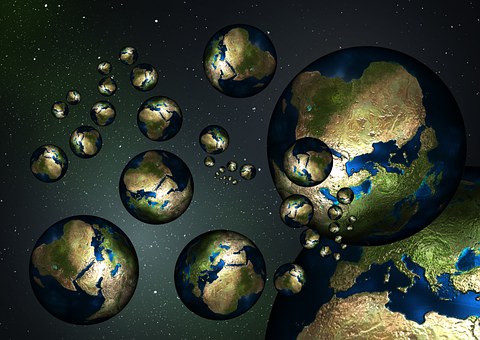 Whatever I did, though, they wouldn’t go away.  Not only were these infinite alternate me’s busy having their subtly or massively different lives, it seemed there were intersections along the way where I could jump from being ‘this’ me, to one of the others.  I found it in Seth, in Conversations with God, in Ask the Council, in Abraham Hicks, in Ask Higgins…  Reality, they all seemed to be saying, is not fixed or objective.  It’s fluid, it’s subjective, it depends completely on how we are feeling it, seeing it, imagining it and – ultimately – creating it.

OK, yes, that’s just what I was saying in my last post.  The world is different to every one of us, because of the way we feel about it.  I suspect, though, that I’m not the only one here struggling to drop the belief that there’s a definite, solid, indisputable world there and we all just perceive it slightly differently.

They prove it, don’t they – those scientists with the measuring implements and the calculations and tests and so forth?  Well admittedly, the observer does, it seems, influence results, and there are often anomalies, but basically, those careful meticulous people in lab coats know what the world is like.

Because that’s the way they see it. 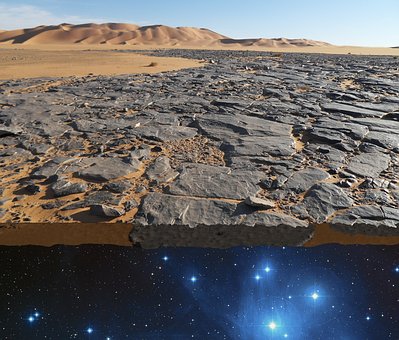 Your many civilisations, historically speaking, each with its own fields of activity, its own sciences, religions, politics and art – these all represent various ways that man has used imagination and reason to form a framework through which a more or less cohesive reality is experienced.

So can I let go?  Can I head off into a world where every possibility exists simultaneously and nothing – no matter how solid and unyielding it appears to be – is set.  Am I ready to believe that I’m really creating my reality, in a completely literal sense, with my every thought, action and idea?

15 comments on “Can I Let Go of Objective Reality?”