I’ve been talking again – to Koimul.  Koimul is something – someone.  I couldn’t tell you, with absolute certainty, whether Koimul is a higher version of myself, a spirit guide or some sort of mixture of the two.  In a sense, it doesn’t matter, since at some level we are all One.  All I know is that when I enter into a dialogue with Koimul, I am reaching into the Akasha and picking up understanding that I didn’t have before.

I was asking why ancient structures, built by so-called ‘Stone Age’ people are so wonderfully made and have such perfect geometry and later the conversation strayed into ‘living resurrection’ rituals.

Koimul’s responses are in large case.

THERE WAS POPULAR UNDERSTANDING OF THE SOUL’S RELATIONSHIP TO THE BODY AND TO THE EARTH.  THE EARLY BUILDERS EXPERIENCED THAT CONNECTION THROUGH HARMONY AND SYMMETRY.  THEIR EVERY ACT WAS DESIGNED TO LOCALISE THE UNDERLYING SYMMETRY IN THE PHYSICAL.

That is beautifully explained.  Thank you so much.  So like an early monk or nun, in our historical terms, for them every action was an act of worship: in a sense – an act of re-creation, by grounding spirit into the physical.  Is that roughly right?

I’m getting the feeling that those people, who were so intimately connected with their souls and the greater akasha, had no need to undergo rituals and rites, because they were already fully aware and connected to spirit.  Yes?

So what happened to change things?  I know that, as the timeline developed, the connection with the physical became so deep and absorbing that the conscious connection to spirit was weakened.  Is that the point at which the rituals were introduced?  A connected priestly caste attempting to reconnect those who had strayed too far from their origins? 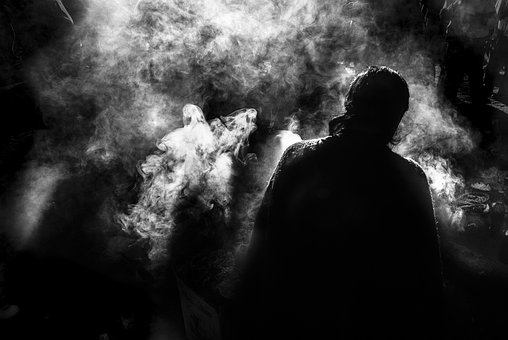 THIS WAS THE CASE IN SOME CULTURES.

Ok, I see this is becoming a very far-reaching discussion with many implications.  The general theory seems to be that those who were still connected to spirit – call them priests or shamans – devised rituals that involved stripping back the physical experience to almost nothing, to enable those who had become mired in physicality to once again connect with spirit and re-member their connection.  Is that how it worked?

A highly ritualised way of saying ‘go within’?

So what was the need for all the elaborate ritual and mumbo-jumbo that was involved in the process.

THE PROCESS WAS ELABORATE BECAUSE PEOPLE VIEWED IT AS A MYSTERY.   WHEN A NEW LEADER COMES TO SAY IT IS SIMPLE, THE PEOPLE DON’T BELIEVE THEM.

2 comments on “The Master Builders”