It was over twenty years ago, and I’ve taught a lot of lessons since then.  None, though, quite as extraordinary as that one.

They were 5 to 7 year olds, only ten of them, all with speech and language difficulties and several with autistic spectrum perception.  We were doing a mental addition and subtraction activity and I was recording their answers on the board.

There was a wide ability range and a couple of the kids were exceptionally bright.  I was doing my best to stretch them, while keeping the less able group involved.

I had a hidden agenda, though.  There was one boy – a six-year-old – whom I was watching particularly carefully.  He was one of the highly intelligent ones.  He always focused on the task at hand, worked hard and was unfailingly polite and charming.  We’d been watching him for a few weeks, my teaching assistant and myself, ever since I’d confided to her that I felt I was losing my grip on this class.  To be honest – and I’m not a person given to paranoid delusions – I was beginning to suspect that this little child was intentionally sabotaging my lessons.

The activity started quite normally, but before long he started.

I talked through the calculation, using my best patient teacher voice.

Hmm.  This sort of thing happened all the time in my class these days.  Normally I’d have accepted that I’d made a mistake and wondered, yet again, why I was becoming so absent-minded.  Today, though, I was ready for him.  I pretended to be flustered.  There was no flicker of a triumphant smile from him.  Maybe he’d made a genuine mistake…

We carried on.  He did it several more times, selecting his moments with infinite care.  If I stood my ground, he backed down instantly with a polite, ‘Oh, sorry.’  If I hesitated or acted confused, though, he’d capitalise on it, wasting vast amounts of time in the process.

By the end of the session I was in no further doubt.  All the times a vital piece of equipment I was sure I’d laid out for a lesson had gone missing and was then found in the most ridiculous place – by him, naturally; all the lessons where he was endlessly under my feet and I was practically falling over him, yet he’d always have a perfectly valid explanation for being there; all the times when half the class ended up repeating some stupid little phrase over and over, while he sat, bent over his work and looking up in mild surprise at their behaviour;  all this and more was being orchestrated by a child of six with a diagnosis on the autistic spectrum and severe speech difficulties.  It beggared belief.

Later that day I took him aside and asked him, point blank, why he was playing these mind games.

‘What’s mind games?’ he asked innocently, but the mask was slipping.  I could see a gleeful twinkle in those wide green eyes.

‘The little wind-ups you use in my lessons, like in maths this morning,’ I replied.

He gave a yelp of delight.  ‘So it’s YOU!’ he said.  ‘I thought it was you.’  And he smiled his concrete-melting smile.

He went on to explain that he’d been trying his ‘tricks’ on a number of key adults in his life for some time, waiting to find the one who figured out what he was doing.  I had, it seemed, passed the test.

So as his teacher I had two choices.  I could get angry, label him as a disruptive and manipulative pupil and apply sanctions.  Alternatively, I could be delighted that I’d come across such an audacious, brilliant and imaginative mind, give him the deepest respect and remember never to underestimate him.  I chose the latter.  Of course I did.  This was a once in a lifetime meeting.

From that day onward we became the best of friends.  Twenty years on, we still are.

That’s not to say he’s let me off the hook.  Far from it.

If he wants me to discover something, to move closer towards his level of comprehension, he will never simply tell me.  He uses the Socratic Method.  It’s the most effective form of education ever developed.  The student is given scenarios and placed in situations which require high-level problem-solving skills.

I’m given a trail of breadcrumbs to follow, often a heady mix of physical and psychic, since he operates in both modes.  He ruthlessly ignores my questions or pleas for hints.   If some of the breadcrumbs have disappeared or been blown off course, I’m simply expected to work harder and faster to find the rest.  It’s exhausting and exhilarating – the kind of buzz people get from climbing mountains or running marathons, I suppose.  If I fail, he ups the stakes.  If I succeed he’s utterly delighted and we are able to communicate on a higher level than I’d ever have achieved alone.

I’m busily following one such trail at the moment.  Here, as an example, is just one of the crumbs he’s thrown me: 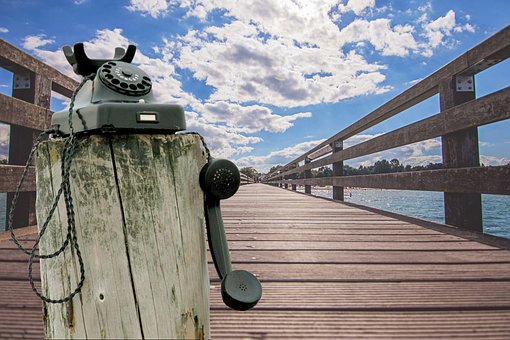 Autistic people are capable of communicating and socialising. They have a naturally different method of accomplishing this. What exactly that method is I don’t believe is fully understood at present by either autistics or non-autistics. I don’t believe the correct words have been attributed to autistic matters to describe or explain them properly. I suspect at some point this will be achieved and hopefully will allow autism to be harnessed to its full potential and remedy the blindness of so many. 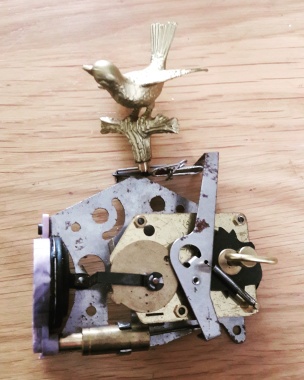 Nothing deep this week – just a simple story, which happens to be true…

‘Flock of singing bird mechanisms, job lot’ said the advert.  And it had me – a bird in the hand…

I called the vendor, who – it transpired – lived less than a mile from my cottage.

“Yes,” he said. “Brass and steel.  Clockwork.  They have tiny bellows and a little brass whistle.  When you wind the key, the bird warbles and twists around.  My father had them, long ago.  Mother found them when she was turning out – asked me to find a home for them.  The sort of thing popular with Victorians, in little gilt cages, you know?  Could you use them?”

“Yes,” I said, not daring to pause for breath.

I could afford the price.  It seemed most reasonable for such treasures.  Real clockwork mechanisms – they are disappearing from our world like smoke.  No batteries.  No USB connectors.  Just brass and steel, cog and cam, key and spring.  I have loved clockwork, automatons and all such things ever since, as a toddler, I ripped my cardboard musical box apart to find where the sounds came from, and sat entranced as I watched the shining beauty of its mechanical perfection.

With no plan in mind, I simply knew I had to have the flock.  Perhaps the birds would sing to me and tell me how to bring them back to life. 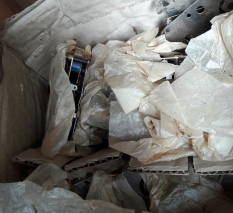 At three o’clock I was led to the vendor’s garage.  A faded, mouse-gnawed, cardboard box was pulled out for my inspection.  Twelve little packages, each wrapped in yellowing tissue paper lay there.  He unwrapped one and placed the dainty mechanism in the palm of my hand.  Springs and cams glinted slightly in the dim light.

“Needs a key,” he said.  A second box was brought out, filled with hundreds of tiny folded waxed paper envelopes.

Why did he have that many?  He pulled one open.  I glimpsed fragments of wire and brass and plastic inside, and a shining brass key.

He screwed the key into the mechanism and turned.  Nothing.  He twisted the device around, searching his memory, muttering to himself, “Must need oiling.  Not been touched in years.  How do they start?”

Then his hand knocked the fly wheel.  It began to turn.  A few slow revolutions, then it spun as smoothly as it ever had.  The bellows moved up and down like some tiny creature’s beating heart, and the warbling began.   On and on it trilled and I watched and listened, thanking the inexplicable impulse that had nudged me into answering his advert.

Next a box of birds (“All hand painted, you know.”) was passed to me for inspection.  Two hundred?  Maybe three?  Some in shades of blue, some gold.  I must have gasped at the quantity.

“Oh, you’ll be amazed when you see how many you’ve got here,” he told me.

Sure enough, as he lifted box after box, I saw an endless mass of the clockwork devices.  Enough for every key and every bird.

“No idea why my father had them,” he said.  “Obviously he was planning to do something with them and they got forgotten.  Just been stuck in an attic ever since.  You sure you can find a use for them?”

“Definitely,” I said, wondering how and when and what.

I’d happily have paid his price for the original twelve, but here I am with dirty, dusty box after dirty, dusty box of the tiny wonders, now stashed in my coal-store and waiting, waiting not so much longer now, maybe, to be released – to sing and twirl and entertain as they always intended to.