The Structure of Society and Autistic Perception 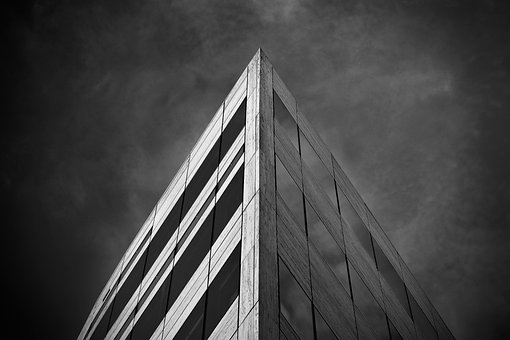 Without wishing to get political, Western Society and its offshoots around the world are structured in a particular way, and have been so in one form or another since the writing of records began.  It involves having leaders, supported and advised by a cluster of experts, who dominate, control and care for the masses of ordinary people.  It doesn’t matter, for the purposes of this argument, whether that structure is a nation, a city, a company or a school.  It doesn’t matter whether the leaders are elected, self-imposed, benign or despotic.  It doesn’t matter whether they are loved, loathed or feared by their people.  All that matters is that this is the structure we, and all those around us, were born and socialised into – so much so, that we the people find it difficult to visualise our way out of this system.

Think of the number of times – even in modern history – when a hated dictatorship has been overthrown, only to be replaced by a very similar system, because that is the only way people can imagine society working.

So what has this to do with autistic perception?  Well, such societies, with their triangular power system, rely on the few controlling the many.  Clearly, that has inherent challenges.  To maintain the structure successfully, the leaders and their enforcers must keep the masses as ‘mass-like’ as possible.  Through the ages, free-thinking, independent and unusual individuals or those showing abilities which might challenge the status quo have been punished, ostracised or supressed.  We have extreme examples of this scapegoating in witch-burning, religious persecution, homophobia etc.

‘Divide and Rule’ is a highly successful strategy for preserving power.  It is in the interest of leaders and experts to keep people from deviating too much from the norm.  ‘Norms’ are far easier to control than a diverse range of individuals.  Thus we have an education system which attempts to produce clones with just enough skills to be useful to society but not enough to allow them to question it.  We have a medical system that attempts to produce in everyone enough health – mental and physical – not to be a burden and to medicate anyone who shows features that don’t fit the norm.

In the Victorian era, being left-handed was considered threateningly deviant by the authorities.  Such children had their left hands strapped down and were forced to conform to ‘normal’ behaviour – using the right hand – which often resulted in stammering, nervous tics or other responses to this barbarity as their natural tendencies were supressed.

Today a so-called ‘savant’ – an individual who can perform superhuman feats, like playing a concerto after hearing it once, drawing an accurate representation of a scene after one glimpse or one who can perform incredible mental calculations – is somewhat feared by the experts.  They can’t account for that person’s abilities, so they go to great pains to emphasise the ‘negative’ aspects of such people, such as a perceived lack of self-care, social or inter-personal skills.  Such people are not, by and large, welcome in a society which seeks to reward complicity and punish autonomy.

Similarly, people with psychic skills are often treated with disdain, branded charlatans and fraudsters or laughingly marginalised as weird or eccentric.  Although the police, corporations and government intelligence systems utilise the skills of such people, this is kept very quiet.  Publicly, they are ostracised.

So in our present society, ‘Square Fillers’ (see this post for an explanation of that term) are marginalised, put down and attempts are even made to ‘normalise’ them with drugs and psychiatric interventions.  Their non-typical way of interacting with others is often given as the justification for this.

Admittedly, as society’s reliance on computer technology increases and the natural ability of Square Fillers in this area becomes increasingly obvious, they are becoming rather more tolerated and even admired than was the case twenty years ago.  It’s something like the way in which the USA gradually began to appreciate and accept their black citizens as their skills at sport provided the nation with a kudos which couldn’t be reached by the white population alone.

I know I’ve laboured this point rather, but the attitude of the ‘experts’ rubs off not just on the typical members of society, but on those with autistic perception as well.  Like the little Victorian left-handers, they can easily see themselves as deviant and wrong, and embark on a tremendous, difficult and ultimately unwinnable battle to live up to society’s standards of normalcy in order to be accepted.

It is often, in my experience, this pressure to conform to patterns that don’t fit their natural way of being which cause the secondary problems that beset so many Square Fillers – anxiety, depression and other psychological difficulties.  These are NOT a symptom of autistic perception in themselves.