Time to look, I think, rather more closely at the Leonardo drawing I’ve been using as my analogy for the two ‘populations’ of humanity: The Vitruvian Man.

Fitting comfortably within the circle, legs and hands spread, stands the neurotypical – the type of person who might commonly be referred to as ‘well rounded’ or even ‘normal’, in that he represents the larger portion of humankind.   He also fits within the square, incidentally.  He looks exuberant, relaxed and in control of all he surveys.

Now turn your attention to the ‘square filler’.  He has a more formal stance – feet together, arms stretching out at right angles to his body and not quite able to reach to the edge of the circle.  In some way he is restricted, held back from fully accessing all parts of the circle.  He represents, in this analogy, the autist, the highly sensitive person, the one labelled by the experts as disordered or dys-something-or-the-other.  Before we dismiss this individual as a more limited version of the circle filler, though, take a look at his left foot.  This person has a toe-hold in a realm quite inaccessible to his companion. If we think of the circle as our familiar world view, notice that there is space not bounded by it that lies to left and right below its surface.  Our square filler can reach into that space and access areas invisible and inaccessible to the neurotypical population.  It is one of those areas I’d like to examine today.

Read any formal definition of autistic perception and phrases like ‘difficulties with socialisation and communication’ will predominate.  Can I challenge that?  Can I venture where my Vitruvian’s big toe is pointing and replace the word ‘difficulties’ with ‘differences’? 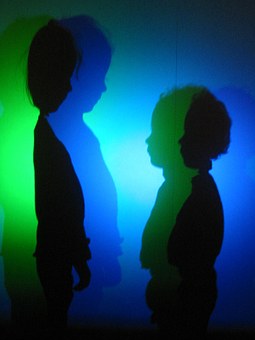 I first began to understand that there were different methods of communicating and socialising when I worked in special education.  I was at the classroom window watching several children aged between 5 and 7, all with some degree of autistic perception and virtually no intelligible spoken language.  Despite that, they were each taking roles within an imaginative game.  It had a definite storyline.  Each of them knew what to do – when it was time for one person to bring the tricycle taxi to the playhouse door, who was going to ride in it, where they were going and so forth.  I tried to figure out what was happening.  Was it that they had learned to understand each other’s spoken language?  No – there was virtually no speech – just laughter, shrieks and sound effects.  There was also a great deal of looking.  As they watched one another, I realised, they were communicating.  I was watching a bunch of little kids communicating telepathically with each other.  That realisation changed my life.

Having keenly watched the development of my grandchildren, I firmly believe that all infants begin life with considerable and wide-ranging telepathic skills.  This telepathy works both ways.  They can pick up the thoughts of others (not necessarily verbal thoughts alone, but states of mind, concepts and emotions) and can transmit their own to people with whom they have established a telepathic link.  Thus not everyone knows why a baby is crying, but the mother or sibling often will.  I believe the process of this ‘linking’ is in some way related to quantum entanglement, so that time and space are not relevant.

This is by no means the only example of alternative methods of communication and socialisation.  Last year I read an article about an isolated tribe who communicated via dreaming.  If a decision needed to be made, the tribal elder or shaman would ask the community to explore the issue in their dream state.  The next morning a consensus would have been reached as a shared dream had allowed them to come to a conclusion.  The anthropologist studying this group reported that shared dreaming was considered by the tribe to be a normal, important aspect of social life. 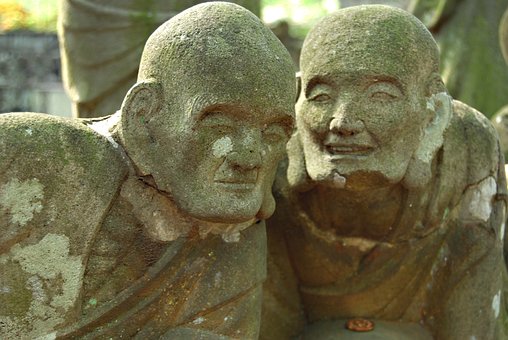 Neither of these forms of communicating would be considered likely or legitimate by our mainstream culture.  We live in a society where spoken and written language has been the primary means of communication for many centuries.  The language we use in the West depends heavily upon taxonomy – classification.  Thus a child learns that a Great Dane, a dingo and a Jack Russell are all dogs, but a fox isn’t.  It’s far from straightforward.

It is said that if spelling were as fluid now as it was in Shakespeare’s time, dyslexia would be almost non-existent.  We only have dyslexic people because we have a rigidly structured written language.  We only have dysfluent people because we have a precisely articulated spoken language.  Square fillers generally have challenges coping with social communication via word-based language.

Circle fillers think in words.  Others, though, think in patterns, gestalts, pictures and concepts that have no direct linguistic equivalent.  For these thinkers, word-based language is a problem because of its limitations.

Just about every member of our population has at some point complained about the inadequacy of words to express subtle or complex ideas or concepts: ‘I can’t find the words to express…’  ‘Mere words cannot convey…’.  To make up for this, the circle fillers have added in a range of subtle verbal, facial and bodily expressions to augment the words they use.

By contrast, the square fillers find aspects of this system challenging.  They have a quite different way of communicating naturally, which would seem to involve thinking and telepathically sending or receiving gestalts, concepts, images, patterns or even colours.  They may have adopted word-thought and word-speech as a second language, but it is not one they find easy to use.

As we move into the next section, I’ll go deeper into autistic thinking and communication.