It’s bothering me, this question, and I feel it shouldn’t. 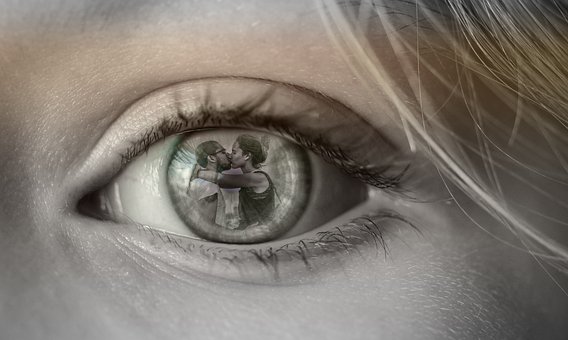 To explain why, I need to touch on some very personal stories.

When I was a student, I thought I had a boyfriend.  To all intents and purposes, I did.  He was a fellow student, but older than me and far wealthier.  We had a great time together and the relationship lasted two years.  He was in hall during the week, but each weekend went off, as I understood it, to visit his elderly mother.  Just before our final exams, he told me that in fact he had another girlfriend, whom he’d been living with at the weekends.  Now she was pregnant and he’d decided he would marry her.  He told me not to worry, as he was quite prepared to buy me a flat in North London and keep me as his mistress.  He actually seemed quite shocked when I told him where to stick his flat and stormed off.

Fast forward many years to the day I walked into a room of the home I shared with my husband of 30 years and found him on the phone to his lover, planning their next meeting.  I’d had not the remotest idea that this was happening under my nose.

In both cases, it wasn’t the betrayal that upset me as much as the ease with which my partners had led this double life and consistently and adeptly lied to me.  They both apologised and said they knew it was ‘wrong’, but that didn’t help.

I was chatting this through recently with a relative who had had a similar experience.

“I was at home with young children,” she said.  “I KNEW something was going on.  I found little notes in his pockets, but somehow he always managed to explain them away and make me feel bad for suspecting that he’d do such a thing.  He kept it up for two and a half years – a relationship with a woman at work.  They even planned a holiday together, with her feigning illness and having to be taken home from work by a colleague, while he was waiting at the love nest.  When it was finally discovered, he started trying to date his secretary instead.”

I’m not saying it is always men.  Another relative discovered that his girlfriend had been cheating on him for six months, while they shared and renovated their first home.

Now I’m watching another member of my family suffer similar torment.  For five years her partner has been caught up in a double life, lying and cheating and finally putting his family in mortal danger through his misdeeds.

Our stories are far from unique, I know.  Almost anyone reading this will know of, or have experienced similar horrors.  Some may even be living a double life, but somehow justifying it to themselves and feeling that it’s fine unless the partner finds out.

Despite all that, though, there are countless caring, trustworthy people in the world – people who, if they are no longer happy in a relationship, would have the courage to say so, rather than seeking solace elsewhere.

Because of my own beliefs, though, I’m not content to blame the erring partners.  I’m not even prepared to mutter the truism that no one is blameless in such a situation.

I believe we create our own lives.  I believe that events show up in them to teach us more about ourselves.  I believe that – at some level – my family and I invited these situations into our lives because, painful and heartbreaking as they are, they enable us to become stronger, wiser and more resilient.  They add to our Knowing.  Our experience adds to the Akasha which is all Knowing.

I still don’t know who to trust, so I keep very much to myself.

I still don’t know if trusting is something we should try to do.  We attempt to bind others to us with vows and promises, assurances and agreements, but such things are torn up and broken all the time.  We can’t hold and keep the love of another in our hands.

Perhaps we should just be our authentic selves at all times and trust Life/God/The Universe to help us to make our choices and move beyond such things.

I don’t know and, as I said, it’s bothering me.