I just counted up.  I have moved home ten times in the last two months. Even when I have been at my own place, I’ve had four different people to stay during this time period.

Now I know that, I don’t feel quite so stupid for waking at 2am, trying to figure out where I was and who my coughing fit might be disturbing in the next room.  (No one, luckily – I was having one of the rare nights alone in my own home.)

For a mildly sociable but relatively reclusive sole dweller such as myself, the varied company and changes of routines, diets and house rules has been bewildering and exhausting.  Seeing friends and family, visiting and checking on those I’ve been forced to ignore during the hardest parts of 2018 has been a pleasure, but one muted by the confusion and aching throat that is the lot of the soliatry being suddenly thrust into day-long chatter.

As well as covering a geographical area that stretches from London to Liverpool and Wessex to Essex, the family and friends I have visited espoused, between them, a political spectrum ranging between socialist and fundamentalist Conservative-with-a-big-C, with greens, centrist small-c-conservatives and rampant liberals scattered around.  I mention this because, within these past two months, there has not been a dinner table or sofa in Britain where politics has not been at the heart of almost every discussion.

Normally, such conversations can be difficult. Suddenly, though, I find them all of one voice.  From the most ardently politically correct Liberal Democrat to the high Tory, the words have been the same.  All of them despise and reject the politicians – every single one.  They are united in disgust and fury at the farce that is Brexit.  They are bemused and horrified at the prospect of a new election, since there is no one they can countenance voting for, despite wanting earnestly to exercise their right to do so.  They are stunned by the ludicrous, self-serving, power-hungry bunch of clowns who slump around Westminster, on huge salaries and expense-accounts, jeering and jibing at each other like a gang of school bullies, but without a single useful idea in their heads. 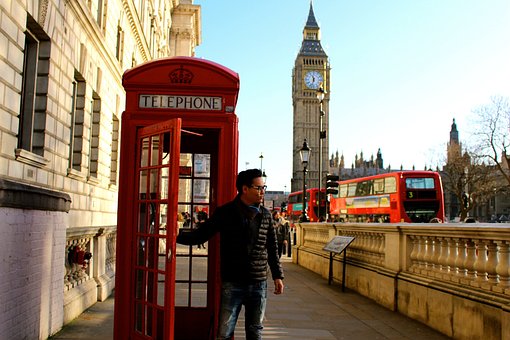 I found myself wondering why we, as an entire nation, have so abruptly woken up to this.  We voted for these – our leaders – and heaped power, prestige and money upon them.  Now, quite suddenly, it has become glaringly obvious that they possess no skills,  no specialist knowledge, no creative thinking, no debating skills, no charisma, no wisdom beyond that of any Tom, Dick or Harriet in the street.  The message is clear:

They are no better than us.  They have lost all credibility with the people and they do not, in any meaningful way, represent us.

So why?  I kept pondering.  Why would all these politicians suddenly be engaging in such a public display of self-destruction?  Why are they metaphorically leaping, lemming-like, over the White Cliffs of Dover?

If we broaden our perspective and take a more metaphysical view of this situation it becomes clearer.  We have outgrown them.  We have, and this is quite a scary thought, reached a point where such a system of leaders and mute followers is no longer necessary.  We have learned a valuable lesson.

A few years ago, the politicians decided to let the people – all of us – make a choice.  They made it sound simple.  They told us they trusted us to vote on whether or not to leave Europe.  They’d done it to the Scots just before, in an independence referendum, and the people of Scotland had voted to stick with the status quo.  They assumed that, when we stopped and thought about it, we would do the same. 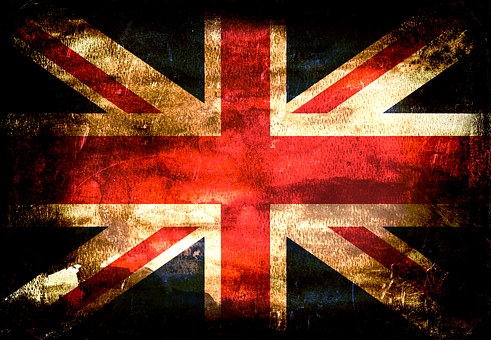 Some of the politicians, though, expertly exploited the racial prejudice and economic concerns of certain down-trodden and less-educated members of society.  Others created bogus claims of assumed huge financial benefits of leaving, painted these in catchy slogans on the sides of a bus and travelled around the nation lying to the populace in honeyed tones.  The rest of the politicians did very little.  They mumbled vaguely about uncertainty and hidden costs and trusted to the natural conservatism of the people to leave things as they were.

It all, of course, went horribly wrong.  No one knows what to do.  They have revealed themselves – what passes for both government and opposition parties – to be entirely unfit to govern and we the people have proved ourselves unfit to make such far-reaching choices without being fully and honestly informed of the implications of each option.

Perhaps we need and deserve a country run by a council of wise and experienced elders – the kind of people from industry, health care, diplomacy, education, the emergency and military services, banking, social work, conservation and the like who currently get given CBEs and OBEs for their services to the nation.  Perhaps we need to vote for such people to hold office, based on their record of expertise and success – in terms of wide benefit and happiness – in their specialist fields.  Perhaps we are ready to dispense with the bickering and taunting and arguing that plagues our political system and allow free debate amongst those who know what they are talking about.  Perhaps party politics has had its day.

In any case, I’m glad now to finally be settled at home, and looking ahead to a new year of musing on whatever comes my way.

I wish each and every one of you a peaceful, safe and joyous 2019.

There’s a lot she doesn’t know. Of course there is. But plenty she does.

Later, her six year old brother told her the bad men were angry because Daddy had stolen things and hidden them in the house. She didn’t say much about that, because it wasn’t something she could understand.

When the men had come back, even more angry, her mummy said it wasn’t safe at home and they had to go. They left Daddy and left their house. Her brother said Daddy had been naughty.

She was sad and angry and scared and very good at expressing her feelings. She talked a great deal about the bad men but not much about her daddy, and none of us could figure out how to explain in words that would be meaningful to her.

Sometimes, when she saw her daddy she would say, “You stealed things,” and he would agree, sadly, that he had. But that was all that was said.

She spent a lot of time thinking over the spring and summer and autumn.

By the winter, she had a new home and new friends and was going to preschool. The staff there had a funny joke for Christmas time. They said there was a naughty elf who stole things and hid them. She watched as the ladies searched for the items the elf was supposed to have stolen and listened when they told the children how cross they were with him.

She carried on thinking.

As Christmas grew nearer, her mummy asked her what she wanted to buy Daddy for Christmas. “A elf hat,” she announced, solemnly.

So that is what her daddy will get for Christmas. No doubt he’ll think it’s a cute and funny gift. No doubt he will wear it, to please her.

And she has, in her pragmatic and very literal way, found a cap to fit him… for now, at least.