Looking at it from a purely personal and intensely human perspective, what I really didn’t need, after the agonies of the past year, was for another horrible, heartbreaking tragedy to affect one of my children.

He’d had a tough few years, with broken trust and unrequited love and affection and then the pain of watching his sister, nephew and niece go through all they’ve been through and by mid summer, he was deep in the abyss of anxiety and depression.  He worked so hard to pull himself out – therapy, counselling, even meds, when all else seemed to be failing.  Then he announced that he’d found a solution.  He would get a cat.

Now we’ve not been a pet-owning family.  There was the rabbit, when they were kids, but none of them took much notice of it, once the novelty had worn off, and it was left to me to care for it.  Still, he was set on this plan and duly acquired the most adorable little kitten.  He lavished money and endless affection on the little scrap and the kitten adored him back.  The pain and darkness left my son’s eyes and he positively quivered with the love he felt for his tiny pet.  We all remarked on the change it had made to his life.  The urge to care for something small and helpless was so strong in him – the parenting urge, if you like – that, once it was fulfilled, he threw himself back into his job and his life again and was the happy, resilient young man he’d been before.

Was there some seed of doubt and concern lurking just below the surface in my mind?  I watched them playing together and thought, “Oh I just hope that cat lasts a long, long time.  He’s such a central part of my boy’s life.”  But as I thought it and willed it to happen, I couldn’t visualise it.  I couldn’t see the kitten as an adult cat and the two of them moving together into a contented middle age.  That was the seed of worry that wouldn’t go away.

Then, last week, my son called to say the kitten wasn’t well and seemed to have some sort of infection.  The vet gave antibiotics, but was concerned enough to do a blood test.  Each day my son would phone me, saying some new problem had emerged; the cat was losing weight rapidly.  It culminated in an emergency night-time dash to a specialist vet hospital, many miles away, where he was told the infection was a deadly virus that was destroying one organ after another.  My son said goodbye to his kitten – only five months old – and embarked on the long journey home by himself.

While the brief illness lasted, I’d begged friends to send prayers, healing and positive, healthy thoughts to my son’s pet.  I’d tried so hard myself.  I worked and worked to visualise the cat healthy, the cat fully grown, the cat alive, but the pictures wouldn’t come.  All I could see was the little kitten, skinny and with huge, wide eyes.  I believe, one hundred percent, that we can affect the future.  It isn’t set in stone.  There are myriad possible outcomes for every situation.  With sufficient focus, we can nudge towards a better-feeling future.  So why, having managed similar things so many times in the past, could I, and all those working with us, not encourage this little creature to live?  Is it that some ‘probable futures’ are just so improbable – like the cat growing wings or learning to play cricket – that we can’t move into them, and an adult life for this kitten was one of those?

I asked my Guides and was told there had been a ‘contract’ between the man and kitten.  It had come into his life to show him that he is loveable and utterly deserving of love.  I asked why that very happy and beneficial set-up couldn’t have lasted longer and the short, brutal response was that it had been achieved and the cat’s job was done.  Now, I was assured, my son would be able to recognise and feel and accept the waves of love that would come to him from others in his life.

I’m trying to take comfort from that.  Maybe my boy is, too.  But it still feels so harsh, so cruel.  Now I’m working on visualising a happy, fulfilled and love-fulled life for this very special young man.  Join me.

This isn’t a covert way of publicising my tiny cottage industry.  You’d need to head over to my other blog for that.  It’s just that most of my days at the moment are spent transforming, upcycling and creating tiny objects of various kinds from what most people would regard as junk, and it gives me an absurd amount of joy and satisfaction.

Back in the summer, I picked up this little 12th scale (that’s one inch to one foot) figure from a reject box at a miniatures fair.

Not difficult to see why he was a reject.  He wasn’t, at first sight, the most promising of specimens, with his vacant stare, twisted legs and stringy hair, but I knew his day would come!

In some strange way, discovering the hidden potential in what others consider rejects is what has always given me the greatest pleasure.  I remember the scruffy, fidgety boy I once taught who auditioned for a part in our school production of Joseph and the Amazing Technicolour Dreamcoat.  I remember my pure delight as the clearest, most beautiful voice drifted across the room.  The head teacher and I glanced at each other and smiled – Joseph!  True, he took up many, many hours of rehearsals – far more than one of the bright young hopefuls who had expected the part would have done.  True, I had to tape the complicated words of Close Every Door to Me to the floor of his prison cell, because he’d never have learnt them, but it worked perfectly and the pleasure of watching that kid revel in his hour or two of fame has stayed with me forever.

It was the same with the shy, quiet, dumpy little girl who produced a beautiful piece of writing.  Before I handed back the class’s work, I read out this one piece and they were all staring round the room, wondering who had written it, mouthing, ‘You?’ to the high fliers and looking puzzled.  That simple act, and then handing the work back to the young author with the words, ‘Superb work – well done’, was enough to raise that child’s self-esteem and status within the class to a ridiculous degree.

Sadly, my little porcelain doll had no esteem for me to raise, but when I decided I wanted to make a replica of one of my idols – Nikola Tesla – he was the one I chose.  I looked beyond his defects to the long face, the high cheekbones, the firm chin and the centre-parted hair.  The face was removed as easily as a spot of nail varnish and painted anew, the hair was cut, styled and recoloured.  A tiny shirt, trousers and jacket were cut out and hand stitched.  The dodgy leg was re-wired and, once dressed, Mr Tesla looked as proud as a small piece of porcelain, foam and wire could hope to.

And now, when I look at him sitting calmly in his experimental station, gazing at the coils and equipment I’ve been patiently wrapping in copper wire all week, I feel proud too!

This is what we all do – take something rough and unfinished and inject enough energy into it to allow it to transform it into something so much better. 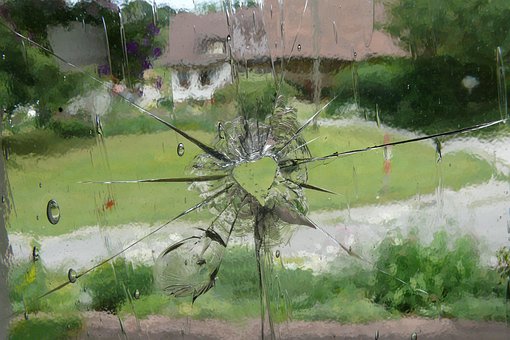 It’s been ages since I last did a course.  I chose one of those science-meets-spirituality online ones.  It struck me it would be a good way to settle back into my life, after all the disruptions of last year – allowing someone else to lead me, gently, into my old ways of learning, musing and wondering.

So there I was, following the course leader’s instructions and working my way into an altered state.  All fine and good.  Next, we were to ask questions and allow the heart to provide an answer.  The yes/no queries worked perfectly, but then we were instructed to ask our hearts, “What do you need from me right now?”

Clear as a bell, the answer came back:  STASIS. 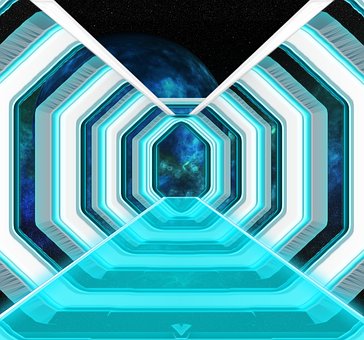 An image of those spacecraft pods you get in sci-fi films flashed into my mind, the ones with rows of people suspended somewhere between life and non-life waiting to be brought back to themselves before landing on some far-distant planet.

To be honest, I didn’t get much from the rest of the module I was studying.  I was too busy thinking about stasis – wondering if it had some other meaning I wasn’t aware of; wondering how and why it applied to me; wondering why my heart would wish me, or itself, to be in that state.

The next question we were supposed to ask was, “What do you want me to know right now?”  We were told that the answers would be brief – a short phrase or even a single word.  My heart is clearly less loquacious than its bearer.  Another single word answer: UNLIMITED.

Since then, I’ve pondered on these odd messages.  I checked ‘stasis’ for other meanings.  There are medical ones to do with veins and something about ancient Greek tyrants, but I settled on ‘a period of inactivity or equilibrium’.

(Yes, my heart is doing that glowy, expanding thing that means ‘yes’ as I type this.  I’m simply learning its way of communicating, the way I did with my pendulum, when I first started dowsing.) 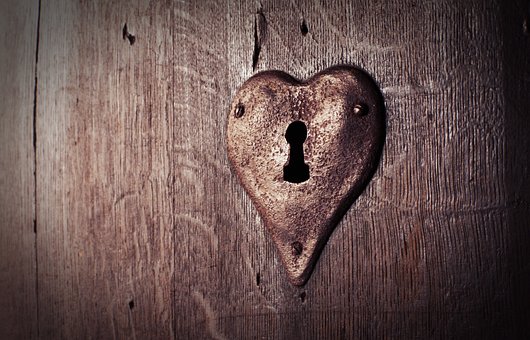 My heart has been through a great deal over the last year – all those dramas and emotional upheavals, anxieties and accomplishments, terrors and triumphs.  It needs, now, a period of stasis to recover, to rest, to relax.  It needs me to wrap up in a blanket, light the log burner and spend these winter days regaining my equilibrium.

After that, our potential together is – unlimited.