Right.  This is complicated.  Before I start, there are a few bits of background you’ll need:

OK.  Now for what happened.  I’ll try to put it in chronological order, but I suspect time is somehow absent from parts of it.

As I said, I’d made these strange model dragons.  It was fun.  I then wrote a rather dark little story about them to publish on my other blog.  It said that they formed out of the rubbish that collects in corners and crannies of steampunk inventors’ workshops, coalesced into living creatures and flew away to inhabit caves in an undiscovered canyon, where they had started to breed.  (If anyone wants to check the story, it’s here, but there’s no need to unless you’re so inclined.)

The following day, the pest control man came.  I heard him chatting to my neighbour in our shared entrance hall, heard him head upstairs and wished he could have been some magical pied piper … but rats are rats.  I’d had them in my roof a few years back, heard them gnawing purposefully at who-knows-what and although there is a fire wall up there between the two lofts, I’d recently heard the occasional brief scuttle above my bedroom, so I wasn’t sorry to hear that they were being dealt with.

That night I went to bed.  I’d been going through one of my frequent spells of insomnia, so was not really surprised to find I was still awake at 3.10 in the morning.  Having looked at the clock, I sighed, turned over yet again, and tried to lie still.

Then quite suddenly I found myself sitting on my sofa downstairs.  I was surprised, mainly, and disorientated.  What was I doing here?  How had I got here?  Was it real?  I checked the sofa.  Yes, definitely mine.  The colours of the fabric were the same, I could feel the cushions against my body.  This still surprised me.  I couldn’t work out what had happened to propel me here.  My coffee table was just in front of me, in its accustomed position, yet something was wrong.  I felt – I honestly did – as if I’d entered some place that was and yet wasn’t in my home.

The room was fairly dark; not (now I think about it) as dark as it should have been in the middle of the night, but there was a dimness about the whole place, as if space acted slightly differently here.  The rest of the room should have been visible, but I was only aware of this one area.  And yes, there was a difference – my model time dragons were under the corner of the coffee table, which is definitely not where I had put them.

As soon as I became aware of the dragons, I noticed that they were moving.  That was WRONG.  Now I was genuinely scared.  They were making a scuffling sound and suddenly, as if at some unseen signal, they erupted into the room, scuttling and flying outwards and upwards in all directions. 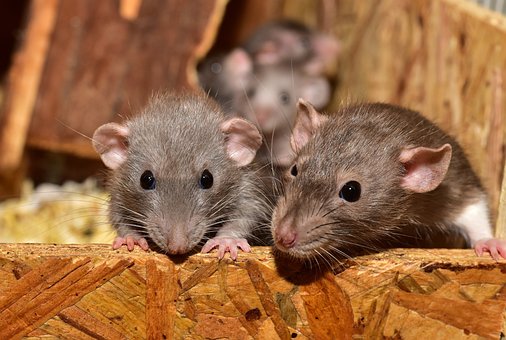 Immediately I was back in my bed, eyes wide, heart pumping and body shaking.  A split second later, in the loft space above my head, there was a stampede of rats.  There must have been at least five or six of them.  I heard them race across from one side to the other.  Then silence again.

So what was that all about?

Yes, the most ‘rational’ explanation is that I’d finally fallen asleep for a few moments and the scuffling of the rats had woken me.  In my dream state their noise had become the noise of my dragons taking flight.  I’d then heard the rats running.

A few things didn’t fit, though.  Why was I so disorientated if I was dreaming?  We normally accept whatever reality we encounter in dreams quite comfortably.  Even before I noticed those dragons (and yes, as it happens they are roughly rat-sized) I felt uncomfortable, as if I’d strayed into one of those many-worlds/ alternate realities.

So now I’m left wondering.  Was it ‘just a dream’ or had I strayed – or been taken – into some alternate world where my ‘words became flesh’, so to speak?  Is there a reality out there now, in amongst all that strange dark matter, where my little dragons have indeed taken on an existence of their own?  Did I pay that world a fleeting visit, just to discover how ‘creative’ I really am?  Did (as my guides are suggesting) the same psychological trigger event occur in both worlds, causing the time dragons and poisoned rats to erupt into a frenzied movement at the same moment?

The time dragons here are quite inanimate now and so too, it seems, are the rats in the loft.  Strange, though, and interesting to ponder…

6 comments on “Dragons and Rats and Realities”