There have been two concepts – probably closely related – occupying me recently.

One is the idea that the ‘stuff’ around us, visible and invisible, is all conscious.  That’s a fairly large idea to get my thoughts around.

The second is a wondering about perception – what it is, where it is and how reliable it might be.  I think that’s where I’ll start. 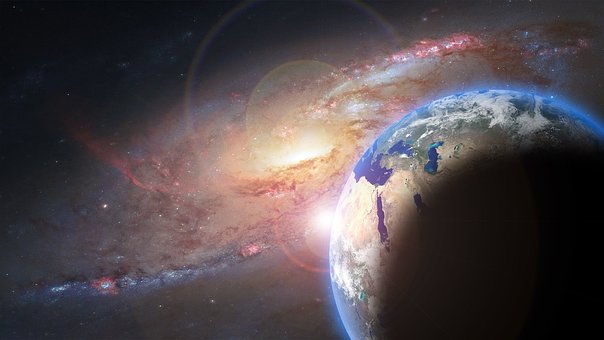 Here I sit, pretty much still apart from my fingers moving across the keyboard of my computer, whilst knowing that I’m being held in position by gravity to an oblate spheroid (aka The Earth) spiralling through space at an eye-watering speed.  My perception in no way matches that reality, yet I put it aside and carry on with my daily life.  Why am I not aware of travelling so fast?  Good grief, I get travel sick in a car going round the M25.  Is it something I’ve adjusted to?  And if so, when – at birth, in the womb, at the moment of conception?  None of those seems right.  It’s as if the physical mechanics of the universe and the physical reality of life on the planet don’t mesh.

Of course, as we all know, even physical realities don’t mesh.  There’s a macro reality for the universe, with a set of rules that seem to work fairly well; there’s a micro reality down at the quantum level, that works quite differently but, again, seems to follow its own logic.  The TOE that should be able to combine them is oddly elusive.  And somewhere between the two, there are our perceptions of what-is-going-on which seem quite often to be at odds with both of these realities.

We are a pragmatic bunch, us humans.  Most of the time we are more than happy to bumble along accepting trade-offs – the compromises we make with the world about us so that we won’t be confused and troubled by the way things are.  It’s comfortable to see the sun rising and setting, rather than ourselves spinning around it, or to look out to sea and see a straight horizon rather than a slight curve.  It’s convenient to see a desk or a dinner plate as a solid, static object, rather than as a combination of extremely active (and conscious?) subatomic particles blinking in and out of our reality.

So these are some of the simple concessions we make, despite knowing the physics that gives the lie to them.  Sometimes, though, our perception can get completely messed up, without us having the slightest idea why.  Spare a few minutes to watch this little video.  It may not be the slickest production around, but – if you watch it through to the end – it packs quite a punch and deals a rather crushing blow to our reliance on our senses.

‘Optical illusion’ somewhat underplays what is going on here.  Our eyes and brains aren’t just playing a little trick with us – they are forcing us to believe a completely false set of perceptions.  Certainly it’s harmless enough, but doesn’t it make you wonder about all the other ways we are being lied to by our senses?

I’m not suggesting a Matrix-type scenario, with some evil force going out of its way to fool us for its own nefarious ends, but I am seriously considering the possibility that the everyday world around us is not at all the way it seems according to our sensory perception.  If something as simple as a sheet of card can mess with our minds that way, what else is going on?

I think the only answer is that we have – collectively and individually – a set of perceptual constructs which give us the parameters within which we can view the world.  There are common agreed mass perceptions and personal ones.  That’s why some people see danger and menace where others don’t.  Some see the world fragmenting while others see the dawning of an age of true enlightenment.  Some see ghosts, aliens, the fae…  In other words, perception is subjective.

So if there isn’t any objective truth out there (or in here) what, exactly are we perceiving?  Why are some things the same for all of us, while others differ so much? 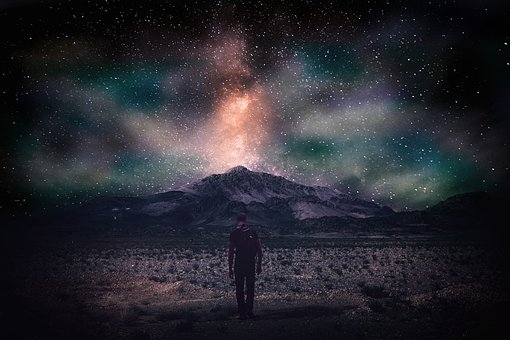 In The Seth Materials, channelled by Jane Roberts in the 1960s and 70s, we are told that there are Units of Consciousness – CUs – which are the infinitessimal building blocks of physical existence.  (Seth states that to a CU, an atom would be the size of a planet and that scientists have yet to discover them.)  These Units are particles of electromagnetic energy – incipient consciousness, which is volatile and imbued with infinite possibilities.

Now for the really exciting part.  “No objective reality exists but that which is created by consciousness,” Seth tells us.  “Consciousness always creates form, and not the other way about.”
So here we are, us conscious beings with thoughts and ideas of what we are perceiving, and swirling around us is this mass of conscious electromagnetic energy, just waiting…  These CUs coalesce around our thoughts, ideas, emotional responses, reactions and events to form matter.  The stronger and more intense the thought, the faster and more convincing and real (if I dare use that word) the manifestation.

Clearly ideas and beliefs we share have enough intensity to hold true for all of us.  Thoughts of a more indeterminate or nebulous nature, held to be true by some, yet refuted by others, will not result in matter/reality perceived by all.  For some people, though, they will be as real as any dinner plate, any desk, or the sun setting outside my rectangular window.