The year was 2005. I remember the day clearly. We were on a train journey together – me a middle-aged schoolteacher and him a 15 year old kid. Something had been troubling him for a few weeks and he finally felt ready to talk about it.

This was no ordinary adolescent. This was my friend Will, a young man with extraordinary powers of perception and a deep innate knowledge. The medical profession might label him as disordered, but I knew better. He was highly sensitive and picked up on things to which the rest of us were largely oblivious. I’d known him since he was 6. I trusted him and knew better than to dismiss any of his revelations. That’s why I kept a note of the things he said that day. That’s why I remembered them and waited for the time they would come to pass.

That time is now.

“I think I know what comes next,” he said, miserably. “It’s not a nice thing to think about – lots of death.”

It’s hard to remember back to our mindset in those days now, early in the century. We’d had tsunamis, hurricanes, volcanoes and there was a collective impression that something major was going to happen in or around 2012. The world was going to end, maybe, or transform somehow. Will wasn’t speculating, though, he was SEEING.

Suddenly he said, “You being a teacher could well be important.” 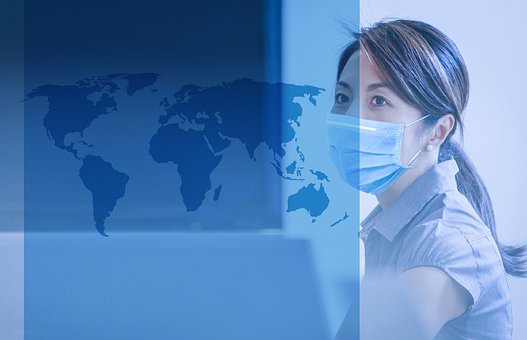 “There will be a chain of disasters. There will be a significantly reduced world population. It’ll be a bit like Noah’s Ark. The technology will remain in tact but people will change. I will be a survivor and – I think – some kind of leader. People will like me and listen to me. I won’t be a doctor but my skills or knowledge will be something like that.”

I was struck, as he spoke, by how stunned and surprised he appeared as he told me his vision. I asked how the future could be so clear, given that we create it with our thoughts and intentions and have only probabilities ahead of us.

Unlike most humans, though, Will is not confined by time. He can operate in a state where everything is simultaneous. Think of Einstein’s quote: “The distinction between the past, present and future is only a stubbornly persistent illusion.” and you’ll see where Will can be.

“There are infinite routes,” he agreed, sadly, “but they all seem to lead to this point.”

He returned to his precognition at several points during the following months and years.

In 2006, my journal tells me he was very angry and frustrated, being unable to find the words to explain what he foresaw.

“There’s things to do with finance,” he said, “but it’s much more than that. You’re missing the full significance of what I’m telling you.”

Finding verbal language inadequate, he resorted to attempting to record it using mathematics. He scribbled this on a scrap of paper:

All I could get out of him was that there would be a transformation involving finance and the number of nice people would be greater than the number of bad people. Society, he was telling me, would undergo a deep and abiding change.

The next relevant note I have is from an article he wrote, dated 2011. (I’m giving the dates partly so that those of you who have copies of our little book The Words of William can check the entries there. That book was published nearly 8 years ago.) He was discussing the effects of a cataclysmic event on the world’s neuro-typical and autistic spectrum populations.

Foretelling social distancing and widespread self-isolation, he spoke of how there would be a reduction in the need for social skills (a distinct advantage for those who experience difficulties with social interaction).

He also predicted “the advance of technology creating a greater reliance on machines and also reducing the need for social skills.”

His final statement from that day is enigmatic and yet rather hopeful. I’ll reproduce it here just as he wrote it. This section is about the workings of the autistic mind.

“What I suspect to be more the case is the different way of thinking, viewing information and processing that information in a different way – whether consciously or not – to provide a better understanding (or different one which could be more relevant in a different or changing world) of what’s going on around them and also potentially have the ability to provide more accurate predictions of the future which could easily prove to be a valuable survival skill and very beneficial to non ASD people around them.

“I think there could be very beneficial relationships between the two groups of people.”

So there we have it.

The world has been awash with portents and predictions as long as there have been people to make them. My feelings are, though, that Will’s words are a gift that may contain a few hints to enable us to negotiate our way through this cataclysm.

Next time I will post about how these small snippets of prediction could be of help.

Meanwhile, if you are, or live with, one of these highly sensitive people – autistic or otherwise gifted with ‘different ways’ of viewing the situation – please communicate with them and see what wisdom they have to share.

4 comments on “Foreseeing the Unthinkable”