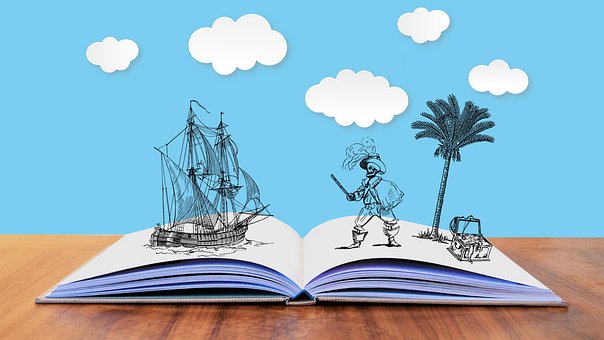 As a parent and as a teacher, I ended every day with a story.  It felt the right way to finish things off and send my own children off to their dreams or my pupils off to their homes.

As I await the artwork for the cover of my own new story book, I thought I’d share some of my favourite children’s books – the ones that most intrigued and inspired those children I read to.

I grew up reading and adoring the Arthur Ransome Swallows and Amazons tales.  However by the time I’d reached adulthood, having a major character called Titty was a barrier to reading it aloud to kids!  I did try once to read it to a class – attempting to substitute the name with ‘Tammy’, but it didn’t end well.  56 eyes watching intently and 28 mouths sniggering each time I fluffed it or (worse) forgot…  I gave up.

Lewis Carroll was one of my favourites to read aloud, due to the sheer brilliance, audacity and anarchy of his stories and poems, while Philip Pullman’s range and scope always left me and my listeners gasping for more.

I lost count of the times I read Michael Morpurgo’s Kensuke’s Kingdom aloud to classes of 10 and 11 year olds and I still can’t read the final chapter without shedding a few tears.

Some of my favourite children’s books fall into the genre of ‘issues’ stories.  I suppose mine does as well.

On more than one occasion I would hand a copy of Jacqueline Wilson’s The Suitcase Kid to some poor child whose parents had separated and decided it suited them best if their offspring spent a week at a time in each home.  The issues affecting step families were also deftly dealt with by Anne Fine in her wonderfully balanced series of short stories published as Step by Wicked Step.  Both these authors have produced a range of carefully crafted stories to fit many of the challenging issues besetting children and I’ve read many of their tales to those in my care. 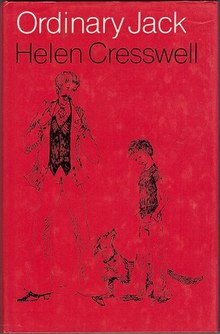 Perhaps my favourite – if I had to choose one – though, is not an ‘issues’ book series at all but a set of comedy tales called The Bagthorpe Saga by the brilliant Helen Cresswell.

I adored everything this lady wrote, but was surprised and delighted to discover how the series affected my middle child.

‘Ordinary Jack’ is a thoroughly charming but – as the title suggests – very normal boy who has been born into a family of hilariously dysfunctional, but high-achieving oddballs.  He yearns to have many ‘strings to his bow’, like his siblings and parents.

My son was the only one in our family with dyslexia – a way of being that has served him very well in adulthood, in his profession as a data analyst, but one which caused him huge problems as a schoolboy.  Despite our best efforts, he suffered with a lack of self-esteem, so finding Jack in these stories was, for him, like discovering a soulmate.  He longed for his nightly story session and we worked our way through the entire series.

I suppose if there is one thing I could wish for my book – The Glassmaker’s Children – it is that some child somewhere will discover my Stellan and relate to him, his personality or his situation, so that his or her own life is positively affected.