You know when you read something you’ve seen many times before and it finally clicks?  That just happened to me, so I thought I’d share the insight.

I usually start my day sitting up in bed and reading a few pages of some thought-provoking volume on either science or psychic phenomena.  My current read fills both criteria: The Mysteries of Reality: Dialogues with Visionary Scientists by Gayle Kimball, Ph D.    It gives fresh food for thought with every page turned.  Many of my favourite ‘rebel’ scientists are included there – the ones willing to look beyond the materialist paradigm and tackle research into consciousness, mind, the zero-point field and psi.  However I’m also discovering some new-to-me scientists and finding their research and ideas fascinating.

The chapter I started on this morning features Garret Moddel Ph D.

In answer to a question about why results in psi testing (such as predicting Zenner cards) are high initially but tail off as the subject gets bored, Dr Moddel considers the possibilities that some degree of novelty might be required for the subject to apply intention to the task or that there is something inherent in psi procedures that causes its effectiveness to decrease after a while.  He wonders whether some kind of counterbalance is necessary for a while, when the mind has been focused on psi activity, so that it has something quite opposite to balance it out.

It set me thinking about my own experiences.  I’ve experimented informally with a friend now for many years.  He is a gifted young psi practitioner and we have explored clairvoyance, medical intuition, dowsing, psychokinesis and much more, but a strong feature of our work together has been that one or both of us reaches a point where we lose interest, motivation and, to some degree, ability to use whatever modality we have been working on.

Take remote viewing, for example.  We began very simply with one of us selecting a crystal and focusing on it in our own home, while the other – 150 miles away – viewed and described its features.  Initially we were gaining just about perfect results.  A few weeks into that, though, both our interest and success rate waned somewhat.  We moved on to more classical remote viewings.  I would head to a place of my own choosing, spend 15 minutes or so there, then take some photos.  He would sit in his room, draw or write a description of the place he ‘saw’ and we would compare the viewings to my photos and experience.  Successes were outstanding.  We must have spent almost a year doing roughly one viewing a week.  They were never 100% accurate, but the features he picked up were always way above chance.  I carefully selected places he had never been to and we were both excited by our results.

Eventually, though, his interest tailed off and we had some fairly mediocre viewings.  Certainly I’d agree that motivation and novelty seem to improve results.

We moved on to future viewings.  He would view what I would be seeing on a specific date and time a week or so later.  Neither of us could quite believe that it would work, but we decided to give it a try.  The novelty factor was restored and – amazingly – the results were better than ever.

Once again, though, familiarity bred apathy and lower success rates, so we reluctantly drew a line under our remote viewing experiments.

So it seems that psi activity has a shelf life – and yes, the irony that we are talking in terms of changes over weeks or months, even though our advanced viewings showed quite clearly that the results were not dependent on time and appeared indeed to indicate a non-local phenomenon, is not lost on me!

I wonder whether the researchers who are frustrated by the fall off in results (science, after all, demands repeatable experiments) have questioned their ‘bored’ subjects about the feelings they experience.  I can only speak for myself,  but it does not feel like mental exhaustion, or physical exhaustion for that matter.

In my experience there is often a tightness or pressure around the head.  Sometimes an actual headache, sometimes a ‘bulging’ between the eyebrows.  There are feelings of irritation, bordering on anger or frustration and these seem to be focused on the psi activity itself rather than any results or processes.  Most noticeable is a strong impression that it is pointless.  This seems to be the case even when I have experienced a strong sense of anticipation or enjoyed previous attempts at the same activity.  When he was attempting to rationalise his desire to stop the remote viewings, my friend did use the word ‘boring’ but also said that he had expected that as he practised he would become increasingly skilled.  This had motivated him as he felt it could be very useful if near perfect results could be achieved.  Finding that the twentieth attempt was no better – and sometimes worse – than the first or second disappointed and annoyed him.

So is success purely down to a novelty factor?  I don’t think so.  Is it something inherent in the use of psi abilities?  Possibly.

If, for example, we were running a race, we would not be surprised to experience muscle aches and breathlessness.  If we were cramming for an exam, we wouldn’t be surprised to feel that the brain was overloaded and the body was tired.  Here, though, we are using another part of ourselves and there is considerable disagreement amongst researchers about what part that is. 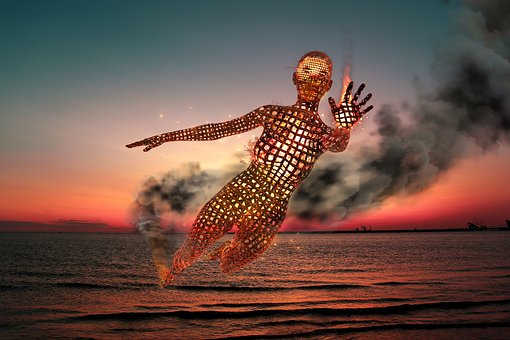 I would define it as ‘mind’, which is not quite the same as brain.  Certainly there is a strong connection between them, but the mind is – as I understand it – the way our bodies are linked to consciousness.  When we are dealing with psi activity, we are partly using the brain (to interpret and make sense of what we experience) but also accessing a level of consciousness that is non-local – able to transcend space and/or time.

To me it seems that it is this interface between body and spirit that causes the friction.  Our brains expect that if we expend energy and effort on an activity there will be a useful outcome and we will improve over time – practice makes perfect and all that.  Our brains are wired to expect clear results – yes or no, success or failure, helpful or useless.  What psi activities give us is very different.  There are tantalising moments of revelation, of wonder, of awe and delight, but try to grasp them and they vanish like smoke.

We get ‘kicks’ from psi, certainly.  We begin to recognise that something is happening that conventional world views can’t explain.  We KNOW something magical happened, but try as we might, we simply can’t fit it into the human brain.   It doesn’t belong there.