Musing today on the current state of life in Merrie England, as it was once known.

Covid-19 is no longer headline news, it seems.  Oh there are those who have it still.  I’ve spent much of the past week or so on video calls to snuffly, feverish grandchildren and a pale, coughing daughter with enough energy to slump on the sofa and little else.  The drama has gone, though – no record-breaking hospital admissions, none of those briefings from Downing Street (well they wouldn’t dare, really, would they?).

So the press has moved on to hunt for new dramas and fear-mongering stories.

At the start of the week news reporters stood shivering outside Number 10 (I mean, why?  Expecting to catch an exclusive of a beleaguered Boris and Carrie clutching cardboard boxes and followed by nannies and children heading out of the door on the walk of shame?) and reporting no news.  Slightly luckier media colleagues lurked in those drafty-looking hallways of Westminster, searching for Tory back-benchers seeking their five minutes of fame.  What could they say – ‘Yes, of course he should have resigned.  Anyone with a hint of integrity would have done so, but this is BORIS we’re talking about here and we still have constituents who kind of admire his cheek and think the rest of them are even worse, so if we boot him out we might end up losing our seats…’?

Eventually, while the Met police – finally stung into action by that Line of Duty video – sift slowly through photos and decide whether to issue a few retrospective £200 fines, it became clear that the news hounds needed to search elsewhere for a feel-bad story.  And there it was, right on cue.  The smart coats and suits from Westminster were packed away as reporters were sent off in more suitable garb to blend in with the good people of the most depressed and disadvantaged towns they could find.  Cost Of Living Rises became the next headline.  Once again the statisticians and slick graphics were back, showing us how hopeless it all is.  The dangers of Omicron may have subsided.  We might not yet have to deal with a general election but within a year vast swathes of the population will have to choose between heating and eating.  With silvered tongues, our media news reporters have found a new way of striking fear and desolation into the populace. 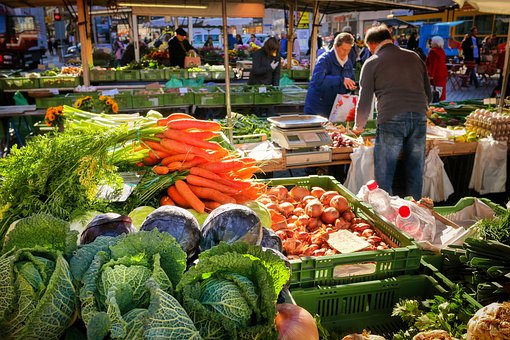 It was with their words ringing in my ears that I headed along to my local Co-op for my weekly food shop.  As has been the case for many months now, there were huge gaps on the shelves.  Where once the out-of-season peaches, nectarines, tomatoes, aubergines and mange-tout would have shone enticingly, now there were piles of carrots and cabbages, leeks and parsnips.  The market stalls offered little more.  One had a massive tray of earthy, slug-tunnelled Jerusalem artichokes as its centrepiece, and that triggered a memory.

Way back, around forty years ago, when we struggled to care for our growing family on a single wage and used our allotment to provide most of the sustenance we needed, there were times at the end of winter when we had to resort to the un-killable Jerusalem artichokes to provide a meal.  It was a desperate choice.  Peeling them was well-nigh impossible and when you did, the tiny nuggets of food offered little flavour.  Compared to them, those carrots and cabbages were starting to look quite appealing…

I took my mind back past the fear-mongering press reports to the pledges made at COP 26.  Yes, we said we’d use less fuel, so hot water bottles and fingerless gloves on the coldest days are a good thing.  So is the lack of foods from far-flung places and all the air-miles they involve.  It’s February, for goodness’ sake; time to eat the fruits of the earth in our locality.  It feels right.  It feels sensible.  The cabbages and root veg are plentiful and cheap.  I’m no cook, but I’m going to enjoy the slaw with baked potatoes, the casseroles and the stir fries made with local produce.  I will, though, avoid the Jerusalem artichokes while I can.