Well this summer is being interesting with regards to health issues…  Don’t worry, I’m not going to bore you with a detailed account of my symptoms.  It’s just that I’ve been given a rather interesting alternative way to look at things, which I thought readers might find thought-provoking.

To summarise briefly: July was more or less handed over to Covid.  I was laid out for around 10 days and slowly reached a point when there were a few things I could manage to do apart from sleeping, coughing and aching.  I’m aware, though, that I got off far more lightly than many, so was grateful for that.

Early in August, just after I’d started feeling good again, I was struck down by an excruciating condition called Trigeminal Neuralgia (= big trapped nerve in face).  Imagine the worst earache/sinus pain/headache/toothache/neck pain you can, taking turns to attack every few minutes and you’ve got the idea.  After that my jaw swelled up so that I looked like some kind of human-guinea pig hybrid.

Reluctantly (not a fan of allopathic medicine when it can be avoided) I contacted my GP and dentist.

The former is fairly convinced it’s caused by an infection or stones in the salivary gland.

“Not big pebbles – very tiny sort of grains” he assured me.  So I’m waiting for an ultrasound scan for that. 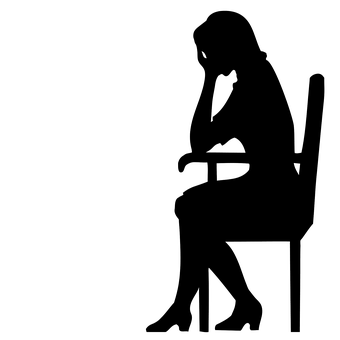 The dentist feels it’s a back tooth that needs extracting.  He’s going to x-ray, once I can open my mouth far enough for the plate to be fitted in.

Now to the interesting bit…

I mentioned my condition to a friend.  This lady happens (I tend to have that sort of friend!) to be a channel for a group of spirit beings.  She kindly checked with them.  They said my vibration was being raised to help me with a book I’m writing and to deal with communication generally.  Were there things I needed to say?  Things that needed to be opened up?

I thanked her and agreed to consider that.  It was certainly a new way to look at my ailments.  As I meditated, I saw an image of my daughter as an adorable but feisty toddler, clenching her fists and yelling, “Get oss my nerbs!”  That was her way of telling us that we were ‘getting on her nerves’ and she wanted us to stop.

I considered the idea that both types of ‘nerves’ might be connected.  We speak about our nerves being frayed or shredded, situations getting on our nerves, something hitting a raw nerve…

I decided to check with someone who would be able to explain all this to me.  Another of my friends is a medical intuitive.  I asked for his take on the whole thing.

He told me the information from the guides was accurate and that the insight about my child was relevant.  Covid, he told me, had attacked the protective coating of my nerves – both physical and metaphorical – making me vulnerable to damage.  He talked me through a visualisation, in which I saw the affected nerve as a long, thin and very sensitive slow worm.  Then I saw a heavy boot coming down on its body.  The creature was in agony and was writhing this way and that, trying to get free.  That represented the pain in various parts of my head.  The boot represented people or situations that were trapping me and compromising my freedom to express myself or to live as I chose.

I could certainly accept that.  I’d realised earlier in the year that I tend to be a ‘people pleaser’, to say ‘yes’ when I should say ‘no’, and had started to take steps to rectify that.  Seems I’d let it slip, though.

In the second part of the visualisation, I saw my ‘slow worm self’ in a large red sphere – a sort of holding bay where I would be safe while my human self worked at clearing the difficult energy (boot) that was sapping me of strength.  I noted that the nerve pain had largely ceased once the inflamed swelling had appeared.

Together we identified a few boot sources – people who were delightful as friends or relatives, but had a tendency to use me in ways that helped them, but were less beneficial to me.

“So,” I said, “the worm needs to turn – to fill my life with the pleasant, positive, optimistic aspects and ditch the pessimism and negatives.  Sounds a tad selfish…”

“If you see it as bringing light to the world, sharing your gifts and not allowing others to sap your energy, does that feel better?” he asked.

I had to admit it did.

Happy to say, my symptoms are becoming far milder.  That could be the antibiotics or it could be the energetic clearing I’m doing… but it’s probably both.