Well I decided a couple of months back that I needed to keep myself informed about current and future technology, as it all seems to be moving so fast and I don’t want to fetch up as one of those little old ladies with a mind stuck in the last century.  It isn’t a subject that enthuses me particularly, but – like occasionally scanning the news headlines to see what the politicians are up to – I vaguely think I should keep at least a toe-hold in 2017.

So I subscribed to Peter Diamantis’ handy weekly summary of what’s new in the world of tech – flying self-driving cars, solar powered wonders and the like.  (Here’s the link if you’d like to subscribe.  It’s free.)  This week, I read the following there:

In recent months, researchers at Google Brain, OpenAI, MIT, Berkeley, and Google’s DeepMind have all reported progress on creating a machine learning system that creates machine learning systems. At Google Brain, the team designed a piece of software to design a system to take a test used to benchmark how software is able to process language, surpassing all previous results from human-designed software.

Hmm.  So should I be panicking here?  Racing around saving the world from artificial intelligence the way Will Smith did in I Robot?  That boss robot kind of had a point, didn’t she?  Looked at in terms of pure, cold logic, isn’t the human race, er, somewhat flawed?  How long before the machines notice that?

Actually, though, I’m not bothered by AI, nanotechnology or any of the other weird and amazing things I’ve been reading about.  I’m not bothered because I believe – totally and absolutely – in the Akashic Field. 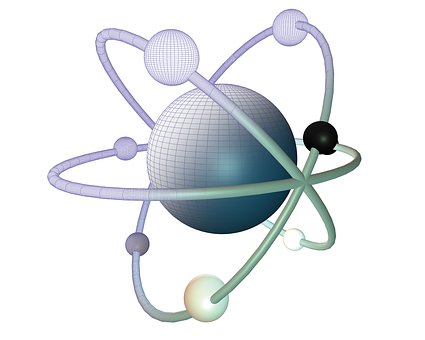 Is this a diagram of a solar system or an atom?

My theory goes a bit like this:  No matter where we look in the cosmos, we find that things – stars, planets, plants, people, creatures and any stuff you can think of – are all made of the same basic components and behave in the same basic ways.  That isn’t coincidence!  It works that way because there is a basic, all-embracing blueprint that governs the way the cosmos works.

And I don’t even need to comment on this one.

Despite our brilliance and technological wizardry and general amazingness as a species, we are hard-wired into the over-arching Akasha – the ‘Way It Works’ that governs all physical matter. 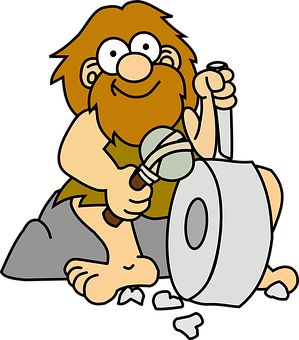 Certainly we invent new stuff that works better or more efficiently than old stuff.  We’ve been doing that for quite a while now.  (Yes, of course I think the old ‘primitive cave man’ idea is total rubbish, but that’s quite another subject.)

My point is that no matter what we develop, it’s made of the same basic matter – the self-aware consciousness of All That Is – and it is completely and irrevocably linked in to everything else that IS.

Obviously there will be choices made which do not benefit the world.  Just think how the wheel – that most brilliant of inventions – was used as an instrument of torture in the middle ages, for example.  All creations can be used for what we term ‘good’ or evil’.  The tension between the two is exactly what we are here to explore:  Can we make better choices?  Can we use this or that invention to the benefit of the rest of the cosmos?

It’s great that the ethical questions are asked.  That’s exactly as it should be.  And of course there will be new inventions and new discoveries about the past and about places far away.  And the more that is invented and discovered, the more it will be understood that – right at the nub of it all – it all springs from the same blueprint – the amazing, beautiful Akasha that forms everything.

For those of you unfamiliar with my ‘Glowjan’ alter-ego, let me explain that in amongst the other stuff I get up to, I’ve been helping to facilitate a very loose grouping of home-educated kids called Glastonbury Learning OtherWise (GLOW) for a few years now.  It’s shifted emphasis, venue and membership many times and almost disintegrated on several occasions, but always somehow it’s risen phoenix-like from its own ashes and carried on.

I won’t bore you with the details, but it’s worth noting that the greatest and most positive transformation took place when I decided to stop attempting to run it as a business, to give my time voluntarily and to let it roll in whichever direction it wished.

Back then it was (for me) a source of frustration as I did constant battle with a charitable trust for funding, while many (though certainly not all) parents pushed their kids through the door with a mumbled, “I’ll pay next week – bit short today,” and escaped gleefully for a few child-free hours.

Now it’s a vibrant community where parents wander in to meet one another and chat, bake flapjacks for our snack break and willingly help with clearing up afterwards.  The kids too are relaxed and happier, as they’ve all chosen to be there.  Me?  I’m loving it!

The weirdest thing though, is that there’s always plenty of money!  No more grants.  Families pay a tiny amount to cover the very modest cost of hiring the hall.  Somehow, though, there’s always cash to spare for anything we really need.  The robot workshop is a case in point.

I was approached by a wizard from Devon who offered, for a price, to run this weekend workshop.  At the end of two days, children and their accompanying adults would each build a robot from scratch and be able to take it home.

It sounded like something several of my GLOW kids would love.  It sounded prohibitively expensive.  I decided to put my energy into the first of these facts and to focus on manifesting this workshop.

I talked to parents.   I looked at the magical GLOW funds.  I found several interested families.  I negotiated with the wizard.  He dropped his price.  GLOW put in a few subsidies where they were needed and people started to sign up.

On Saturday the venue was filled with eager parents and children.

I was paired with ten-year-old G.  Both her parents were unwell – one of them very unwell – so I got to be her accompanying adult.

As a group we ranged from those who had apparently been born clutching a soldering iron in one hand and a bunch of transistors in the other, to people like G and me, who had never laid eyes or hands on either.

The instructions were clear, though, and thorough.  Step by step we worked through components and circuit boards, gears and switches.  We watched inspirational video clips of robots from around the world and discovered what all the jewel-coloured bits and pieces did to make our robots go.

Steadily, our soldering skills developed and we began to make progress.

The wizard warned us that not all would work first time; that some robots would fail to use their little light sensors to follow black lines across the floor and travel obediently around the track with LEDs flashing.

G and I looked at each other.  “Ours will work fine,” we agreed.  G’s getting great at putting her energy into positive places.  She’s discovering how manifesting works.

Others were less certain.  “The whole thing will fry!” announced an expert dad, gloomily.  “The circuit boards are so small.  It’s never going to work.”

Ok, it’s not perfect.  Usually it follows the black line, but sometimes it unaccountably takes off on its own across the room, seemingly intent on exploring a far-distant table or cupboard.  When curiosity is sated, it stops and waits for G to patiently retrieve it.

We decided we’d probably imbued our robot (Mad Mouse, she’s named it) with something from our own personalities – happy to go along with the rules until something more interesting appears!

So what insights does the robot experience have for us?

There’s the beautiful energy that forms when a group is brought together by a shared passion to create something new.  Friendships are created, email addresses exchanged and huge amounts of fun are had.

And while we’re on the subject of energy, there’s the analogy between us and the robots.  We learned how the raw energy of a cluster of AA batteries is channelled around that robot body, being modified, stepped up or down, switched and swooshed and diverted about the place until the desired outcome is produced.

I can’t help but notice that this is exactly what goes on in our own bodies as we select where to direct and how to use our energy.  Some of the functions (breathing, digesting…) are unconscious, like current running around a circuit.  Others require imput from the mind – our internal computer.  We have to decide on the desired outcomes and build the program accordingly.

How great that our system is so clever and intuitive, that we only need to hold an intention, then watch the energy flow just where we wanted it to go.