All those decades ago, when I was in primary school and singing along to rather dreary hymns in assembly, the words of one verse hit me as fascinating.  I think it went more or less like this:

A man who looks on glass
On it may stay his eye,
Or if he pleaseth through it pass,
The Heavens to espy.

Quite why ‘the Heavens’ should be lurking behind each pane of glass this man looked on, I wasn’t sure, but that property of glass – the way we are able to focus on its surface or to peer right through it to what lies beyond – stayed lodged in my mind as one of those Interesting Things about the world.

One of my favourite stories as a child was Through the Looking Glass, and What Alice Found There.  I could easily imagine her drawing-room mirror misting over, becoming treacle-like in consistency and Alice clambering excitedly into the looking-glass house beyond.  The fascination stayed with me, and when I settled recently to write a story, I decided to make one of the principal and most complex characters a glass maker. 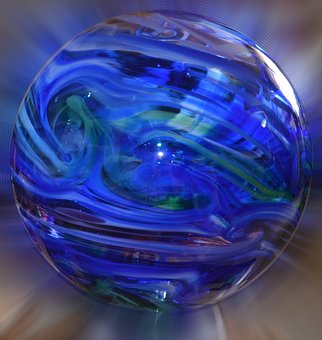 Obviously a bit of research was in order.  I’d been to visit a glass works and watched in awe as glowing globs of molten glass were removed from the furnace on long pipes and blown into huge, wobbling bubbles, ready to be shaped into all manner of marvels.  I knew it was made from sand and soda and various other substances, but I wanted some detail on the alchemy involved.

This is what I discovered.  Maybe you already knew it.  Maybe you had the kind of science teacher who moved beyond the dogma of solids, liquids and gases and explained such wonders to you.  To me, though, it was a revelation…

Sand is heated up and becomes liquid.  It transforms into glass.  This is an irreversible chemical change.  When the molten glass is removed from the heat source, it begins to solidify, but it never quite does so. 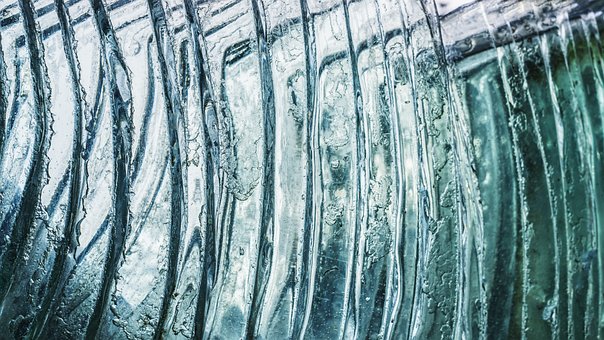 That was the part that amazed me.  Glass is not a true solid!  It’s what is known as an amorphous solid, which means it is in the process of solidifying, but still has the properties of a very viscous liquid.  Scientists conjecture, it seems, about whether the cooled (and apparently solid-feeling) glass will ever complete that transformation – whether its molecules will every crystallise into a true solid.  The best guess seems to be that the process would take a very long time – longer than centuries.  Meanwhile, small groups of molecules within the glass are acting like parts of a solid, while others are still behaving as parts of a liquid.  They seem to slither and slide in and out of the two states without (if I can, for a moment, embue them with higher levels of sentience than we normally do) really making up their minds.

Now all that, I think, is rather astonishing.

For me, though, the most amazing part of my discovery is the way these characteristics mirror, if you’ll excuse the pun, the personality of my not-entirely-fictional glass maker.  The man I wanted to portray is a complex individual.  In many ways, he comes across as a normal, functional, middle-aged father.  There are facets of his behaviour, though, that entirely lack the solidity and dependability of such a person.  He is, in some respects, locked in the kind of volatility, fluctuating moods and emotional instability we would more normally associate with the most troubling aspects of adolescence.  If you can imagine the contents of a chrysalis, after the caterpillar’s molecules have liquified but before they have fully re-formed into the adult butterfly (a process I often used as an analogy for my poor, confused young pupils as they reached puberty and tried to fathom what was happening to themselves) that is the state of this character’s psyche. 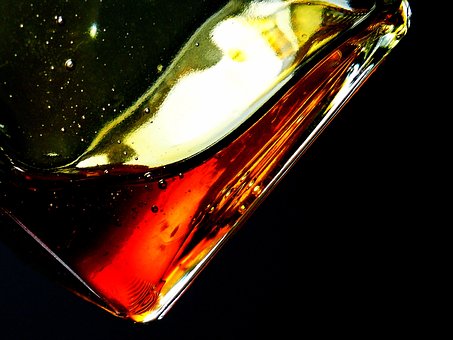 Without knowing that such a state existed, I was writing about a man of amorphous solidity.  My character slithers, in a more or less involuntary manner, between thoughtful, rational behaviour and a devastating capriciousness and lack of clarity or consideration.  He brings down havoc and disaster upon himself and those around him and – even when all is lost – he is unable, for more than a few moments at a time, to take responsibility for all that has transpired.  Like those glass molecules, his thoughts waver and vaccilate constantly between states and refuse to settle.

How intriguing that my ever-present muse should lead me on this alchemical journey, in order to assist me in comprehending the complexities of the Glass Maker’s personality.