Back in 2012 I wrote a book (Life: A Player’s Guide – still lurking in the musty vaults of Amazon somewhere, I think).  Near the beginning of it, I wrote these words:

My truth works very well for me, and it may well work for you, but please notice that I am not proclaiming it as THE truth.  I am perfectly comfortable with people holding different beliefs to me.  Once I start proclaiming that what I believe is ‘The Truth’, I move into the realms of fanaticism and religion; discrimination and wars.  It makes me right and other people wrong, and that is not a space I want to be in.

So I say instead, “I have found A truth.”

You are free to follow it, or search for one that works better for you.

I stand by that.  I think those were amongst the wisest words I ever wrote.

The world today seems more factionalised and divided than it was back when I wrote those words, as we are confronted by issues no one can ignore.  This image and quote appeared on a social media post I saw this morning.  Perhaps you can guess the context or viewpoint of the person who posted it.

So OK, let’s take the Covid issue as a case in point – although we could just as easily select global warming or a host of other current issues.

Side A takes a particular stance.  Side B takes a very different stance.  Both sides seek out and pay an impressive array of experts, statisticians and graphic artists to emphasise their point.  There follows a stand-off with both sides spewing out endless media to support their ‘Truth’.

The problems come when the establishment espouses one of the two viewpoints, because once governments have decided which one they believe, they have (or borrow) vast amounts of money to hammer home their Truth as the only one.  This instantly galvanises a counter-establishment which becomes increasingly vocal in proclaiming its alternative Truth.

Once the establishment begins to legislate, the anti-establishment groups begin to unite in acts of protest and defiance.  The protestors and their attitudes vary from nation to nation, depending on their government’s policy.  So in Brazil, for example, they protest in their thousands against President Jair Bolsonaro’s refusal to acknowledge the dangers of what he termed ‘little flu’.  In much of Europe the protests are against vaccination and perceived infringements of liberties.  In the UK, we recently had an interesting situation in which freedom activists went ahead with Saturday marches to protest about being forced to wear masks in indoor public spaces, despite this directive having been repealed a couple of days before!  A shame to bin those carefully made placards, perhaps. 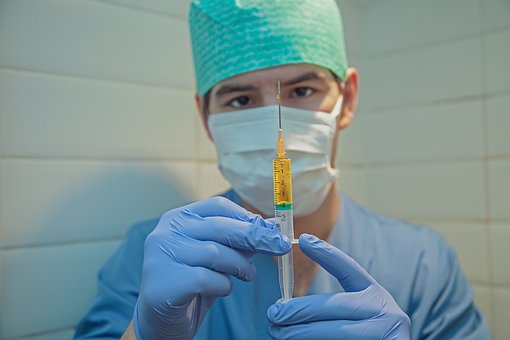 Now, though, there is the vaccination issue.  Here the truths on every side become ever more woolly and difficult to prove.  Vaccination was a bone of contention long before Coronavirus reared its spiky little head.

The French government has decided to take a hard line – there the ‘health passport’ (proof of vaccination or negative covid test) is already in use in cinemas, tourist sites and nightclubs.  From the beginning of August this will be extended to bars, restaurants, cafés, some shopping malls as well as long distance train or bus services.   Other governments are watching with interest…

Meanwhile, on the other side, I was told yesterday of an elderly man who approached a friend of mine in great distress.  He is on one side of the vaccination debate and his wife is on the other.  He is double-jabbed.  She is not.  She has now told him he must stay away from her and her friends because of the danger he poses to them.  Her argument is that since he has been vaccinated, his DNA has been changed and he has been polluted to the point that he presents a hazard to herself and other ‘unpolluted’ citizens.

It’s a pity St Anthony the Great (apparently there are quite a few St Anthonys.  This one was a third century Egyptian.) did not choose to define either madness or indeed ‘men’.  To either side, if a truth is held to be absolute, those who disagree must be mad.

That’s why I prefer to hold my own truth and not to attempt to foist it on to others.

I’ve been working with a 12-year-old student – we’ll call her Sian – on philosophy.  We’d been following a storyline for several weeks.  Her job was to consider the issues thrown up by the situations in the story and look at possible solutions from different perspectives.

Here’s the story so far:  She had woken one morning as the only inhabitant of a remote desert island, with a crown, a pen and a blank scroll headed Rules of The Island.  She had no recollection of how she got there but discovered ample food supplies, fresh water and materials to make a shelter.

Over the weeks, Sian had worked diligently to compose her set of rules to live by, to decide that – in the absence of all others – she was sovereign of all she surveyed and to develop a style of living which would ensure her own survival but protect the species and ecosystem of the island.

A couple of weeks ago, so the story continued, a group of migrants arrived on the island and asked to stay.  Sian considered all the implications of this and agreed to accept them.  She showed the new arrivals where to find food and water and suggested where they could construct shelters.

On June 23rd (Referendum Day in the UK, and yes, I did plan it that way!) she had a new philosophical dilemma to face.  Now that she was no longer alone on the island, how were decisions to be made?  Would she keep her crown and insist the newcomers obeyed her rules or should there be an alternative form of government?  What were the options?

I presented her with a whistle-stop tour of all forms of leadership from dictatorship and monarchy, through various forms of oligarchy to democracy, carefully avoiding passing on any bias of my own.  We also took a passing look at anarchy.

Sian sifted through the options with commendable thoroughness.
“Don’t want that one – it’s like Hitler!”
“No, you’ve got to have some rules or it would be horrible.”
“I like democracy best.  That’s what we’ll have!”

“OK,” I said.  “There are two forms of democracy.  There’s representative democracy, where people vote for individuals to represent their interests and make decisions on their behalf, like we do at general elections, or there’s direct democracy where every single person has a vote on each decision, like in today’s referendum.  Which do you prefer?”

Sian thought again.  She considered politicians and what she’d heard about them – how they looked after themselves first and broke promises.
“I think direct democracy is the fairest,” she finally decided.
“Fine,” I said.  “So each person on the island has an equal vote in all matters.  You’re happy that would work?”
“Yes,” she said firmly. “Wait – NO!  What if there was one of them who had really bad ideas?”
“Well, they’d only have one vote,” I pointed out.
“Yeah, but they might be – you know – good at persuading other people to do what they wanted.  It might be someone who said everyone had to prove themselves by swimming with the sharks or something.  That would be an awful idea.  It would be really dangerous.  And some people would just go along with what they said.”

“Ah,” I smiled.  (I so love lessons like this, and the way – left with time to consider – children will think things through.) “So what would you do if that happened?”
“Kill him,” she returned, calmly.
“Would that be democratic?” I wondered.
“Oh no, it wouldn’t, would it?  So no, I wouldn’t kill him, but… Oh it’s difficult!”

The following morning I, and just about everyone else in Britain, was reeling from the shock of the vote to leave Europe.  We knew it would be close, but we didn’t expect the Brexit lot to win.  Not even they expected it.

At 8am, as I walked into the main station of a nearby city, a TV camera and microphone were thrust into my face.  What did I think about the result?

I was taken off-guard.  I had many thoughts, but all I could manage to splutter was, “Horrifying – just horrifying.  But it was a democratic vote, so I suppose we’ll just have to deal with what happens now.”

Like my young student, I’d felt the full force of democracy’s dark side.  People are easy to manipulate.  Let them believe they’ll be better off and have more opportunities and they’ll vote to swim with the sharks every time.

A week in politics is a long time, though.  The politicians are so busy stabbing each other in the back that it’s hard to imagine who will be left to lead.  A House of Cards scenario playing out, complete with a Francis Urquhart character?  You might very well think that.  I couldn’t possibly comment.

I decided to put my fears and fury aside and to meditate.

I was shown – so clearly I could call it a vision – a huge pile of Lego bricks on the ground.  They were in a dark place, jumbled and chaotic.  As I watched, three narrow beams of light shone down on them, illuminating parts of the pile.  I realised I was being shown the purpose of Lego.  It’s for building.  The more complete the destruction, the greater the opportunity to build something new – something better.  Our British nations have been controlled by fear and blame for so long.  Our political system stood on these twin pillars.  Perhaps they needed to fall.  Perhaps the ugly underbelly of xenophobia and self-interest needed to be revealed so that it could finally be dealt with.  I choose to believe that something finer will, eventually, emerge.  That’s where I’ll put my energy.