Oh dear, sorry about the gratuitous title, but there may be some readers who will find the image shocking or upsetting.  I’m certainly not sharing this to shock or arouse.  It’s just that it helps me to tell a most interesting story.

Last Wednesday was Imbolc – February 1st: the celebration of the first stirrings of the Celtic year.  Such events are taken seriously here in Glastonbury, and I’ve always thought it a lovely festival, with the promise of renewal and springtime to come.  Be that as it may, on this particular Imbolc, I wasn’t feeling at my best.  There was a keen wind, the usual grey cloud cover and I’d been to the doctors (something I only do when absolutely necessary – about once every 3-4 years, on average) as I needed medication to clear up a persistent infection.

As the sun was getting low in the sky, I started the ten minute walk home from the town centre to my cottage, which is on a busy road leading towards the famed Glastonbury Tor.  Although I’d stopped to admire a garden full of snowdrops, I couldn’t claim to have been celebrating Imbolc in any sense.  One of my fellow pedestrians, however, had chosen her own unique way to do so.  I heard the light slap of feet on the pavement behind me (feet, mark you, not shoes) and was overtaken by a completely naked woman, jogging lightly towards the Tor (or maybe Chalice Well or the White Spring – they’re all clustered together).  She appeared calm, intent and focused, not in any distress and quite comfortable with her condition.

My first thought was how cold she must be; I was huddled in my padded waterproof.  My second was how easy, comfortable and confident she must feel in her body, to allow the world to see her that way.  My third thought, I have to confess, was that this incident would make a most interesting remote viewing subject for Will.

Consequently, the following Sunday, I suggested he tune into the street outside my house (which he has never visited) at 4.15 on the previous Wednesday, to see if he could locate something incongruous and unexpected.  This was his response:

Got strong feeling of a large animal like an elephant or hippo, a large flat high visibility reflective-like board or screen. Generally a lot of bright colours across the scene. Weaker feelings of a lot of brightly coloured balls moving around.

Well the large wild animal made me laugh, obviously.  As you’ll see from the video below, the poor lady was by no means hippo-like!  On the other hand we are very rarely exposed to so much bare skin outdoors – especially in an English February – and there was something of the wild animal about her, but not one with fur (and as Will pointed out, the wild animals you would expect to see are far smaller than humans, which could be why his mind gave him a large animal).  As chance would have it, someone had taken this video of her walking past my house in the other direction, earlier in the day and posted it on You Tube, so I was able to show Will what he saw.

But the bright lights and coloured balls??  That had me foxed completely…. until later in the day, when I was mentally replaying my journey home from town in my mind. 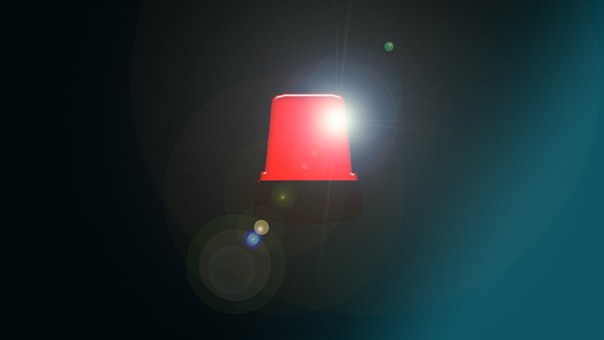 Suddenly it came to me. Moments before my encounter with the lady, an ambulance had gone screeching past – a riot of bright colours and high-vis yellow, momentarily lighting up the grey day.  Its signal lights flashed on and off – balls of light appearing and disappearing.  To William, viewing the scene remotely some days later, the image of the vehicle would have moved across the scene so fast it would have appeared like a screen flashing past.

When I shared that information with him, Will commented:

Yes that fits well.  I only saw it from the side but did wonder if it was an ambulance.  Not usually very good at identifying specific objects unless they’re something that can be expected, due to the scene.

For me – and I hope for you – it was a fascinating insight into how visions are interpreted by the mind. It would be difficult, living where I do, not to be aware of Imbolc.

I’m neither Wiccan nor Pagan.  I’m not anything that has a code of beliefs, special days, rituals or particular observances; I’m simply a soul, part of which is being human for the time being.  That, though, doesn’t stop me from enjoying aspects of the beliefs others hold and Imbolc is one of my favourites, because it resonates deeply with my own feelings at this time of year.

It lies midway between the winter solstice and the spring equinox and marks the first stirrings of the year, as the Earth wakes from its winter sleep (at least, here in the Northern Hemisphere it does). That stirring is evident all around Glastonbury.  Catkins, snowdrops and new lambs – even a few early daffodils can be seen, despite the biting winds and frozen ground.  All of them signals that winter is passing, days are lengthening and spring is not too far away.

Surely I’m not alone, though, in feeling that same stirring within myself.  A month ago, when everyone was heralding the New Year, new beginnings, resolutions and the like, I’d cheerfully have snuggled up in bed, content to dream the days away – happy to hibernate and mirroring the Earth in its need for a deep slumber to recover from a frenetic year of growth and build strength for the times to come.

Now, though, I’m restless.  I want to read – make new discoveries and connections.  I want to travel, internally and externally – visit unfamiliar places or find new routes to the old ones.  I want to study, learn and share new ideas, visions and insights.

The cottage is a chaotic mass of new projects – everything from knitting a fantasy rainforest (to decorate an empty hallway 🙂 ) to scribbled notes on Atlantis; from exploring crystal technology to fine-tuning my ideas for educating Version 2.0 children.  Nothing has blossomed yet or come to fruition.  It’s far too early for that, but beneath the surface, all is seething movement and activity.

In my heart, body, mind and soul I’m marking this magical time of the year and celebrating these stirrings that welcome the new, as the seasons turn again.