I’m trying, in this series of posts, to identify the key differences between two aspects of the human population.  To avoid the usual derogatory associations that beset people who are medically or educationally labelled as different from the majority, I’ve borrowed Leonardo’s wonderful Vitruvian Man (which he borrowed from Vitruvius) and used the two overlying figures he depicts to represent these types of people.

There are those who fit neatly into the circle.  They are those commonly called neurotypical.  Then there are the others – the people who, we are told by the experts, have differently wired brains.  These are those who fit the square.  There wouldn’t be a problem, unless someone tries to fit a square into a round hole.  In the previous post, I used that analogy to consider how our society is structured in such a way that it attempts to do exactly that.

Now, though, I’d like to consider other ways of structuring societies and see whether there could be a more comfortable space in them for our ‘square fillers’.

As I mentioned last week, a triangular power structure has held sway in the West since written records began.  Humanity is far older than writing, though, so by thinking back to a time before scribes and civil servants organised us all, we may find something different.

Despite the earnest efforts of social anthropologists, archaeologists and academics, very little is known, and far less understood, about our distant ancestors – the people who migrated vast distances across Africa, Europe and beyond.

For millennia, the hunter-gatherers moved gently across the landscape.  They would take refuge in caves or build temporary shelters, but they often needed to follow the food supply, so movement was their natural way of life.  A tribe which is constantly on the move and living a hand-to-mouth existence has no need of leaders or experts.  Consequently, I think it safe to assume that their society would have been structured very differently to ours.

In order to safeguard the youngest, oldest and otherwise vulnerable members of their group, they would have to form a protective framework as they moved. The pace of the group would, then, probably be slow and steady. 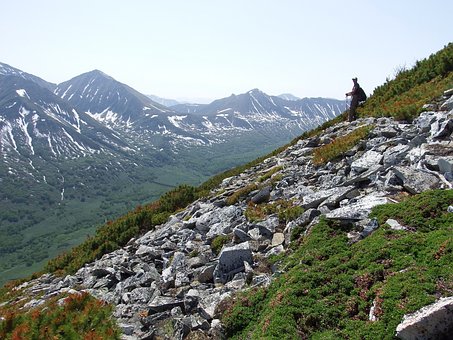 Certainly there is safety in numbers and it isn’t hard to see the advantages to the group of travelling in this way.  Fairly obviously, though, there are certain shortcomings.  What this culture would need is for certain individuals to move slightly away from the central group and to perform a different function.  The hunter-gatherers would need outliers.

An outlier is someone with a relationship to the general group, but somewhat apart from it – on the periphery.

If you think, for example, of a herd of migrating animals, the general mass remains together in a central hub but certain individuals purposely take themselves to the edges and beyond.  Theirs is a more exposed and potentially dangerous situation, but they serve the valuable purpose of scouting for possible hazards or useful food sources that would be missed by the main group.  Without the outliers, the entire colony would stand less chance of survival.

If you think about it, the skills these outliers develop will be very different from those of the rest of the population.   Imagine a group of humans on a long journey, with most crowded into a central group and a few staying on the edges and heading off to scout around.  Who would have the highest levels of sensory stimulation – a member of the mass or an outlier?  Clearly it would be the outlier.  He or she would need highly developed senses of sight, smell, hearing and touch in order to be alert for danger or sanctuary, while members of the central group would have little sensory stimulation beyond the sound, smell and sight of their fellow travellers.

By contrast, an outlier would not need to be particularly involved in everyday, low-level interactions with others, since he or she is on the fringes of the group and only needs to communicate about matters of urgency.  The central group, on the other hand, would need the ability to engage in ‘small talk’ and general chatter to maintain a peaceful co-existence.

As will no doubt have already occurred to you, the characteristics of an outlier in a migratory group resemble some classic features of autistic perception – heightened senses, often to the point where they can be uncomfortable or even painful, and limited social and communication skills.  In other words, those with autistic perception could be ideally suited to the role of an outlier.

(I wonder whether the fascination so many ‘square fillers’ have with trains and other modes of transport is some deep ancestral memory of this role.  Fanciful, perhaps, but possible?)

Next time, I’ll consider the status of the outlier in those nomadic societies, and what might have happened to them when peoples began to settle.