This is a very short post, aimed at those dear people who visit this blog and follow my long, convoluted posts from time to time.

I haven’t been here much over the last month or so.  I have shared the reasons for this with a couple of very special people whom I speak to often on WordPress and in occasional emails, and their response has been heartwarming and so helpful.  Huge thanks to both of you for your care and kindness.

I’m not going into any details here and now.  Perhaps one day in the far future, when things have settled and life has moved on, I’ll share some of the growth from this massively challenging episode on the blog.  Now is not the time, though.  My family and myself are working through some extremely difficult life changes and that’s where I need to put my energy.

I was advised and empowered to use intuition and insight to take small steps towards a favourable outcome.  I’ve taken that very literally.  When faced with the next seemingly insurmountable problem, I make myself relax, tell the Universe, “OK, I now need this, this and this to happen, so that we can achieve the next step.”
Sure enough, the events occur in just the way I’ve requested.  Even the most mundane problems are solved that way as people and solutions are drawn to me, or I wake in the morning with a perfect idea fully formed and waiting to be acted upon.  No one could call our disaster miraculous, but the solutions and opportunities we receive certainly are.

The next step for me involves a move to a distant part of the country for several months.  I’ll be setting up a new, temporary home close to the people who need me most, so that we can work together to transform a difficult situation into something positive.  While that happens, the blog will be on hold, but once I’m established there, I know I will long to reconnect to my friends and acquaintances here.

My kindest regards to all of you until then.

You’ve all been so patient with me as I’ve stumbled through my attempt to unravel autistic and non-autistic thinking.  Throughout this whole series of articles, I’ve been characterising the circle-fillers or neuro-typical population as straight-jacketed by a socialisation/maturation process which defines and confines their access to the unlimited levels of consciousness that were their birth right, while suggesting that society contains others – square-fillers, autists, outliers, so-called dysfunctional or disordered individuals or whatever we wish to call the neuro-A-typical people – who, to varying degrees, manage to retain close links to wider areas of the holistic consciousness field.   There is truth in there somewhere, I believe, but it remains a vast over-simplification.

In the interests of authenticity, I must pose a couple of awkward  and contentious questions that threaten to blow my whole theory apart before continuing.

Awkward Question 1: Why, given the avenues of Knowing available to them, do so many high-functioning autists end up as train spotters, bus timetable fanatics or computer gamers, huddled in their bedrooms pursuing apparently pointless hobbies, limited by crippling ritual behaviour patterns and presenting a somewhat pompous yet highly defensive face to the rest of humanity?   Surely that can’t all be down to problems with social skills?  Why are there so many of them who are not finding some valuable and world-changing outlet for these untapped creative and cognitive abilities?  Why, in short, do we not have more Leonardos, more Teslas, more Einsteins?

Awkward Question 2: Why are there  many members of the NT population who demonstrate behaviour and awareness that appears, to some degree, to mirror those of A-thinking? 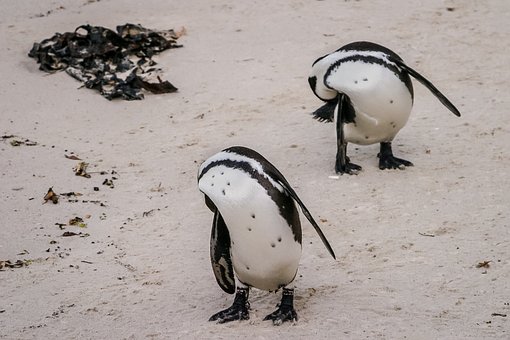 Let me take synchronicity as an example.  Synchronicity, according to the standard conventional Western world view, shouldn’t be able to happen.  It is non-logical.  It implies a connection between past, future and present events, individuals and experiences which could only work for those who are open enough to the wider Consciousness Field to be able to process this information.  Certainly there are people who do not accept it and who dismiss synchronistic events as coincidence.  There are others, though – myself included – who not only believe implicitly in synchronicity, but who find that the more open they are to its existence, the more frequently and powerfully it occurs in their lives.

Not so long ago, my Aspie friend Will sent me the following message:

“I am very interested to hear about any examples of or information you have on what’s known as synchronicity. I don’t mean to imply anything negative towards you but I suspect my awareness of it is greater than yours. I also wonder quite how powerful a force synchronicity actually is.”

That gave me another light bulb moment.  He was absolutely right.  For people with autistic perception, synchronicity must be an entirely natural and hugely powerful force.  They are, after all, able to draw on the Akashic Field/ Holographic Consciousness/ All That Is.  The rest of us are not.  So how are some neuro-typical people managing to do so, albeit to a more limited degree?

That set me thinking.  What if there were some method by which ‘circle-fillers’ could go some way towards accessing greater areas of Consciousness?  It could be similar to what some autists do when they learn social communication skills as a ‘second language’.  The neuro-typicals would always be at a disadvantage.  We would be struggling to figure out the meaning of information and frustrated that no matter how hard we worked, we would never reach the levels of subtlety, awareness and power that come naturally to those with autistic perception.  Nevertheless, by working very diligently and listening closely to what those with wider links to Knowing have told us, some of us seem to be what might be termed ‘high functioning neuro-typicals’; we try to reach into the square-fillers’ world, just as some of them try to reach into ours.

I was recently told by Higgins, in a personal message, that although I would never be able to completely grasp or explain the non-physical, “you are well able to understand enough of the information you are receiving to get the basics, in the way that you may not be fluent in a language but understand enough to get the gist of the conversation.”

All I needed, then, was to find some process by which these two questions could be resolved:

1) What is it that limits many of those with autistic perception from reaching their apparently limitless potential?

2) How is it that many of those who have developed as neuro-typical are able to access certain areas of non-logical thought?

My intuition was that the two were connected.  I ‘put out’ for the answer, knowing – Knowing, indeed – that it was out there somewhere.  I then waited for synchronicity to drop it into my path.

In my next post I’ll share my discoveries with you, but meanwhile, feel free to offer any insights you may have.