My body isn’t used to the time change yet.  We gained an extra hour this weekend, moving from British Summertime to Greenwich Mean Time.

Not many people dare to write such books.  In children’s stories, even an erring parent usually comes right in the end.  He might be a loveable rogue or she may be scatty and disorganised, but these storybook parents – at least in stories for small children – always put the children first, always redeem themselves, always learn from their mistakes. 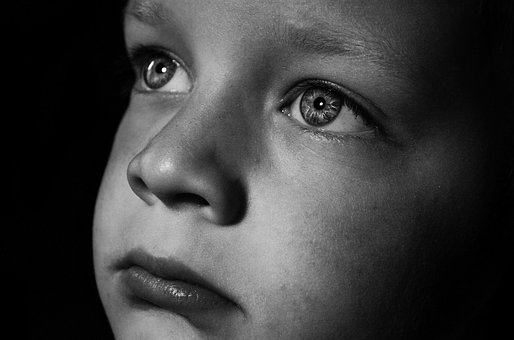 I wish life was like that for real children.  I wish there hadn’t been so many children in my life who had parents consumed by addictions, parents who turned to crime, parents who ran off to enjoy a new, carefree life without the drudgery of parenthood.  I wish two of those children hadn’t been my own grandchildren.

This sounds harsh, I know.  But life for those children IS harsh.
I remember the child who told me, “If my dad had liked me as much as he liked whisky and beer, he might have stopped drinking it when I asked him to, and then he wouldn’t have died.”
I remember the boy who said, “I can’t wait to grow up and get a wife. We’ll have lots of kids and I’ll look after them properly and never put them in danger, because I know how bad that feels.”
I remember the child who whispered, “I think my new teacher really likes me, so I don’t ever want her to find out what my dad did, because if she does, she might think I’m like him, and then she won’t like me anymore.”
I remember the little girl who would come into class with bags under her eyes, telling how Mum had crawled into her bed when she got back from the nightclub and spent ages recounting all her drunken escapades.
I remember the seven-year-old who sat with wide, frightened eyes, saying, “I don’t really like Daddy as much as I did before. I still love him, because he is my father, but I’m quite frightened of him now.”
And then there’s the little boy who told me, firmly, “Mums and dads ALWAYS argue. They all do.  Me and my sister go and hide in one of our special places when they start shouting. We take care of each other.”

So how to do it?  How to let children with far-less-than-perfect parents know they are not alone?  How to empower them to cope with a life where there won’t be a fairy godmother to wave a wand or a Damascene conversion that will make everything wonderful again?

The answer, so my pre-dawn inspirations suggest, lies in Chemistry (or Alchemy, or Magic, depending how you want to describe it).  So the story – if I ever manage to write it – will show the pure and inexhaustible supply of Magic that lies behind and within everyday changes.  It will show how intention can bend and shift those changes in the structure of life and of lives.  The wayward parent may choose not to change, but the lives of those around him will change.  Small children will become wiser, stronger and resilient.  They will grow as the story unfolds and they will gradually move beyond their fears and forge a better destiny because of the painful experiences they’ve endured.

I just hope I’m up to the task.

Another of those long, rambling conversations I tend to have with Life, usually around 3am.

I’m saying something along the lines of, “So you’ve thrown just about everything at me this year, turned me upside down, inside out and catapulted me from highs to lows and back again.  Could you just run me through the purpose for all that one more time?”

And Life sits there, smiling calmly and replies, “Do you need to have a purpose?”

That pulled me up sharp.

It’s a huge, broad, sweeping question, isn’t it?  For me, it touched a raw nerve.  I’m a people pleaser – the sort who always feels happiest when I’m making things better for other people.  It’s what I’ve always done.  That’s been The Purpose.  This year more than most, I’ve been on a mission to do just that.

Oh yes, before anyone feels the need to throw in that ‘love yourself’ maxim, let me assure them that I’ve done the work on that one too.  Took me quite a few decades and the help of a very skilled life coach to get there, but I do now always add my needs into the equation.  Despite that, though, I’m at my best when I’m working flat out to sort out a difficult problem and make life better for someone dear to me.

Such work has totally consumed me since February.  And now – uh – my work is done.  Yesterday I found the vision board I’d drawn back in the spring.  It showed my little family safe in a new home, reunited with all their possessions, after having had to flee for their lives, settled and smiling and happy again most of the time with a comfortable house and tidy garden to enjoy and new friends calling round to visit.

Almost single-handedly, and while helping to heal some of the emotional pains and fears of three traumatised people, I’ve transformed their garden from this… to this.  Even finished it on my daughter’s birthday!

So now what?  Is Life about to hurl me headlong into some new drama, so that I can once more prove my own worth and stamina to myself?  I suspect not.  I suspect that I’ve brought myself to this point so that I can stop and wonder whether I need to have a purpose.

Is just being enough?