I wish I could trace them – the tracks of my synchronicities.

Sometimes they feel like cross-hairs gradually coming together, to home in on the target, but it’s far more complex than that.  There are many strands and they cross and recross, ricocheting off one another in an apparently random mess, until gradually and subtly they begin building up a pattern.  Finally, with no clear idea how I got here, I find myself standing at the centre of an amazing piece of sacred geometry and the whole thing is laid out clearly for me to see, like those transit patterns the planets make with each other.

(Is that how astrology fits in?  Is it sacred geometry working out at a macro level??  Maybe Pluto or Uranus are not ‘influencing’ us – they’re just making the patterns of the synchronicity working through our lives visible.  Sorry: digression.)

So once I’ve had the ‘Aha!’ moment, I can try to work back to how I got there.  What was it that pushed me to open this file or buy that book?  I think – if I were the kind of person who could create such things – a diagram or flow chart would work better.  Alas, all I have at my disposal are strings of words, so they must suffice.  The process is not linear, but this attempt to unravel it will be, since that’s the way writing works. 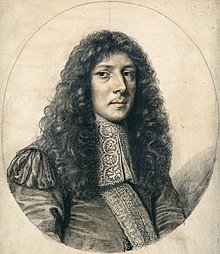 I have ‘Rosie’ (author of the brilliant La Tour Abolie site) to thank for introducing me to Ruth Scurr’s wonderful biography of John Aubrey.  It is, as Philip Pullman says on the cover, ‘Irresistible’.  I’m quite certain that if we hadn’t inconveniently lived 350 years apart, Mr Aubrey and myself would have found many common interests to converse about.

We share – across time – a keen interest in antiquities.  His discovery of the Aubrey holes at Stonehenge, his insistence that this structure was NOT a council chamber built by the Danes but dated back much further and his devotion to preserving what was left of Avebury before local residents could demolish any more of it to build their homes and walls are well known.  His jottings, meticulously collected and compiled by Scurr, though, tell so much more of this indefatigable gentleman.

He was not a meticulous diarist like Pepys.  He charted the English civil war, the rule of Cromwell, the Great Fire of London and other major events almost in passing.  There is a brief account of the Restoration of King Charles II, for example, but at that time, Aubrey had something more pressing on his mind.

In March 1660, you see, he acquired a ring containing ‘a curious Turkey, or turquoise stone’.  This stone fascinates him for years.  When the ring breaks, he decides not to have the stone remounted, in case the heat should cause damage to the crystal.  Why the fascination?  Well this is where the story – and time itself – become rather fuzzy…

As synchronicity would have it, I too acquired a curious crystal – in March of this year.  It’s the one I found mysteriously sitting on a path in my garden.  Three hundred and fifty-seven years apart, both Mr Aubrey and myself found ourselves pondering our respective stones with much interest and surprise.  We both noticed that areas of the stones which had been cloudy became inexplicably clear, while other areas clouded.  Our ponderings continued independently of each other until I reached the point in the book where he had made this discovery: a day or two after mine appeared.

In the July, Aubrey records:

My turquoise ring has changed again.  Now the cloudy spot in the north of the ring has vanished entirely and the one in the south has lessened.

(It) has become cloudy again in the north and a little speck has appeared in the middle.

The following February he finds a halo has formed around the northern cloudy spot and determines to take it to Mr Robert Boyle, no less, who has an interest in ‘movement within stones’.  Sadly, there does not seem to be an account of this meeting, if it ever took place.  I’d love to have known Mr Boyle’s opinion.

So now, not only did I have my own curious stone to watch and contemplate, but Mr Aubrey’s turquoise to consider as well.  How could these solid objects go through such obvious changes?  Were we imagining it?  Was it simply dependent upon the light in which we viewed our respective stones?  And if it WAS happening… why?

Then, last Friday morning, I woke to find the most amazing transformation in my stone.  There is a face, roughly the shape of a parallelogram, which had been a diffuse, swirling, misty purple.  Overnight, though, it had transformed to contain countless tiny, and very clear, bubbles.  Almost all of them contained a central tiny circle or dot, several of these being a deep red colour.  Some seemed near the surface while other appeared as if deep under water.  It resembled a clump of frogspawn, and gave me the distinct but illogical sense of new life forming.

It continues to change.  The ‘bubbles’ are still visible, but are gradually fading into the mists again.  I wonder what its next trick will be.

At the weekend I asked my friend Will to try a remote viewing of the crystal, asking him to search within it and hunt for impressions beyond the physical.  As he focused on it, he didn’t see the stone at all, but gained some clear impressions of shapes, colours and a landscape – a vast desert with hills or mountains in the far distance.  He also commented that time, and especially the future, felt relevant.

So what do you make of all that, dear reader?  Comments would be most welcome.

I’ve long felt that the distinction between living and non-living is wrong.  I subscribe to Seth’s view that all matter contains consciousness.  When I consider the enormous discoveries made by the late Masaru Emoto about memory in water, I wonder if we are on the brink of discovering similar properties in crystal.

How I wish I could chat this through with Mr Aubrey.  But then, who is to say I’m not doing so already, at some level of consciousness?  After all, I’m unable to account for how this pristine crystal appeared in the middle of my garden.  Maybe it was sent to me, or left by a passing etheric gentleman on horseback…